Celebrating his 10th anniversary, Kim Dong jun lived a very busy year. In SBS’s entertainment show Delicious Rendezvous, he traveled the entire country to promote local agro-fishery products, and in JTBC’s More Than Friends, he gave heart-fluttering feelings for women. And now, he is filming for SBS’s fusion historical drama Joseon Exorcist. Through a written interview, Kim candidly opened up about his career.

The past 3 years were a period of upheaval for Kim. He had to go through a slump when he had to put down the title “K-pop idol” that he kept for 7 years.

“I’d be lying if I say there was no slump. The biggest slump hit me right before I started working on JTBC’s Chief of Staff series. I was going from a singer to an actor, and my agency also changed. I also had worries about having to change my acting style. I was buried in thoughts because it was a time for me to make my own decisions and stand on my two feet, regardless of what I was used to.”

After working nonstop for the past 10 years, he has gained “people and values.” Especially, Delicious Rendezvous that just celebrated its first anniversary has more meanings to him.

“Learning the inside stories of farmers and fishermen that I’ve never realized before left me with a lot of thoughts. It was amazing to see how an entertainment show could help people. Also, watching Baek Jong Won trying hard to help farmers and fishermen in need inspires me. I donated alongside him and strengthened my will to show good deeds in various ways.”

In More Than Friends, Kim played the role of perfect guy Ohn Joon Soo and exuded a gentle and matured charm of an “adult.”

“I have learned a lot over the course of eight months, and playing Ohn Joon Soo, I was attracted to the fact that I can show different sides of me as actor Kim Dong Jun. I am grateful to the director, the writer and the staff for making Kim Dong Jun an actor who is gentle through Ohn Joon Soo, and to viewers who felt sorry and cheered for Joon Soo. I worked on this project with much thought for a long time, so this will remain in my memory for a very long time.”

Recently, he has given some leeway to be more tolerant of himself. Now, he thinks of his label “idol-turned-actor” as his “greatest strength.”

“The fact that I was a singer who expresses emotions in the lyrics helps me express characters in the script. Not to mention the fact that I nail the dancing and singing scenes (laughs). The experience of dancing and using my body in entertainment programs is also a strength I have.” 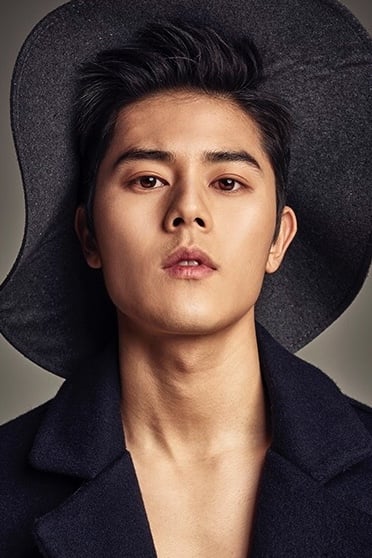 Kim Dong-jun - 11DB.IO
Kim Dong-jun is a South Korean singer and actor. He is a member of the idol group ZE:A.

Now, Kim Dong Jun’s goal is to become “an entertainer show can shine in various fields.”

“There are things I am better at than anyone else. And that’s ‘trying hard.’ I survived in this industry for 10 years with that. Pride doesn’t allow me to give up midway. I am going to push forward until my dream comes true.”