MAMAMOO was also one of the many girl groups who performed their newest tracks from their most recent album ‘reality in BLACK’., during the ’2019 KBS Song Festival’ on December 27th.

In their opening sequence, they had a VCR playing in the background that displayed the text:

This is then followed by Moonbyul’s introduction rap in which she said: 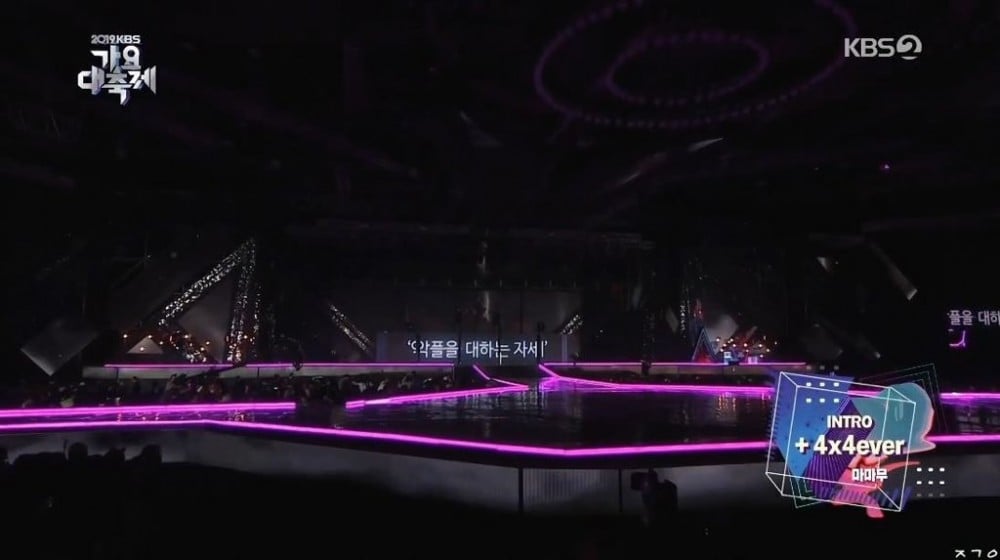 All dancers wore face masks marked with X’s and the flags displayed on the screen had the words “Respect you but stop it”. MAMAMOO’s performance was a statement against hate comments in the KPOP industry, which has been quite a continuing issue.

What do you think of their performance?