Yoon Jong Hoon made a huge breakthrough after meeting director Joo Dong Min. In The Penthouse: War in Life (hereinafter referred to as The Penthouse), Yoon played  Ha Yoon Chul, who abandoned his devoted girlfriend to marry the daughter of the chairman of the Cheonga Foundation. He received positive reviews for carefully portraying a person who becomes hysterical after realizing his wife Chun Seo Jin’s affair, earning the nickname of “sickly sexy.”

In a written interview held to mark the end of season 1, Yoon expressed his affection for the project.

I’m grateful that we finished filming safely. I would also like to thank our viewers. Seeing the rise in viewership every episode, I was just overwhelmed.

Q2. How was working with your fellow actors?

Pure perfection. It was unbelievably amazing that I got excited from just acting with them, and I’ve learned a lot from seeing how they put their everything in even when they’re out of the camera angle. All that helped me to concentrate more, and the teamwork was great.

Q3. How do you feel about working on a seasonal drama?

It’s my first time starring in a seasonal drama. Director Joo Dong Min, writer Kim Soon Ok, and all the rest of the crew are already well-known in their respective fields, so I thought I just gotta do my best.

I was just glad to meet director Joo, whom I love and respect, once again. Since I’ve already worked with him before, he could have just said ‘let’s do this together,’ and I would have gladly joined the team,  but he respected me and politely offered the role, so that was really touching. Also, I had the pressure of playing a father with a high school daughter, but Bong Tae Gyu told me a lot about how he felt as a father, so I received a lot of help from him.

Q5. Do you think Ha Yoon Chul is a bad guy or a good guy?

I see all the characters as just another human who are true to their desire. 20-year-old Ha Yoon Chul was in a dark situation of being stuck in a dark tunnel, and he would have been shaken to his core when Seo Jin said, ‘I will give you wings to fly with.’ Also, I don’t think Chun Seo Jin wanted to steal Yoon Chul just because he was Oh Yoon Hee’s man. However, what Yoon Chul and Seo Jin did go against human ethics.

Q6. Many criticized the drama for being too provocative.

I think all praises and criticisms are good things. All that equals great interest. Director Dong Min once said this. ‘Let’s make a fun project that makes people who are struggling with the pandemic forget about all their troubles when they watch the drama.’ Whether it’s a compliment or criticism, I hope you forget this difficult time, at least when you see The Penthouse and get pleasure and some comfort.

Q7. What does ‘The Penthouse’ mean to Yoon Jong Hoon?

It’s a project that helped me grow once more in many ways. I was able to grow up in every way, both as a human and as an actor. So I will remember this work for a long time and miss it a lot. There are still seasons 2 and 3 left, so please look forward even more. 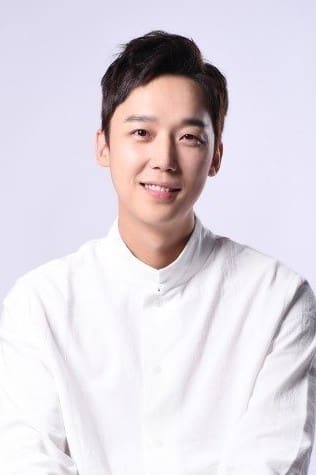