Recently on SBS’s Because I Just Want To Talk, Goblin actors Gong Yoo and Lee Dong Wook, both admitted to once calling their ex-girlfriends after getting drunk.

Gong Yoo confessed that he messaged his girlfriend asking if she was asleep, and even revealed that though he did not receive a response from her, he sent her a follow-up text the next morning telling her that the reason he had texted her was because he was drunk.

Lee Dong Wook also talked about his experience with an ex-girlfriend, saying that his experience was a bit different in that he was able to actually communicate with his girlfriend for a little while since they had broken up with a heavy heart. 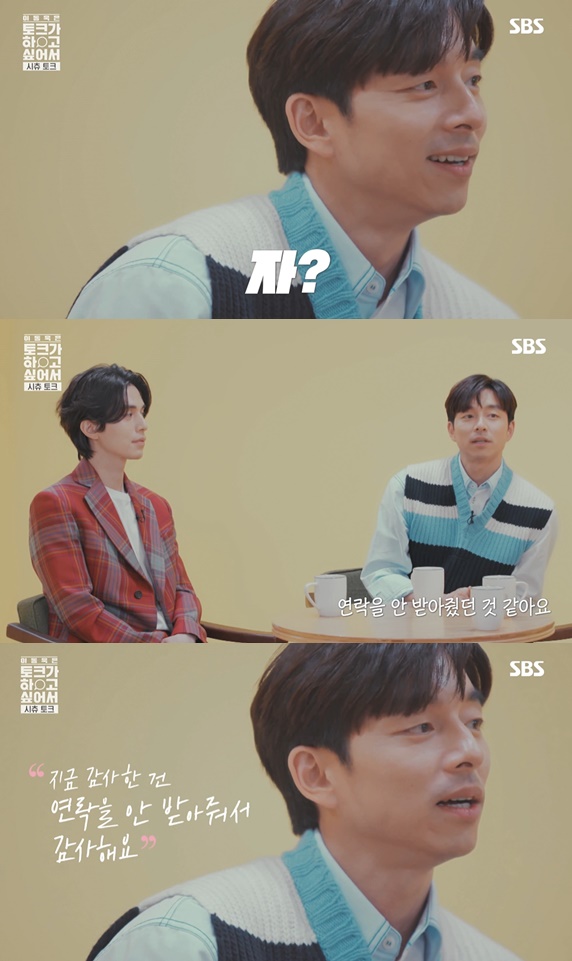 When the two actors asked their interviewer, comedian Jang Do Yeon, the same question, she responded with a no, to which Gong Yoo responded, “I think in most cases, it’s the man that tries to call the woman after a breakup.”

You can check out the full interview below:

For more K-variety shows and fun interviews, be sure to check out https://www.ondemandkorea.com/variety.