The Book of Fish tells the story of Jeong Yak Jeon (Jeong Yak Yong’s brother), a scholar who is more curious about the sea than the book after being exiled to Heuksando, writing a book of fish after meeting a young fisherman who wants to escape from the sea.

The recently-released posters show a beautiful black-and-white sea and two men, bringing up the image of an ink painting. The intense eyes of the two characters Jeong Yak Jeon (Sol Kyung Gu) and Chang Dae (Byun Yohan) capture the delicate emotions of the two, giving a deep echo. The poster that has taken away the colors to double the candour gives a resonating afterglow with the copy “If you know your friend, you yourself will become profound.”

The trailer, which begins with the sound of the waves, shows the meeting between Jeong Yak Jeon, a scholar who was exiled to Heuksando, and Chang Dae, a young fisherman who dreams of escaping the island. The contrast between Jeong Yak Jeon, a curious scholar who opened his eyes to sea creatures, and Chang Dae, a young fisherman who reacts bluntly to him, raises questions about the process of being reborn as each other’s friends and teachers as the two transcend their status and ages to write “The Book of Fish.” 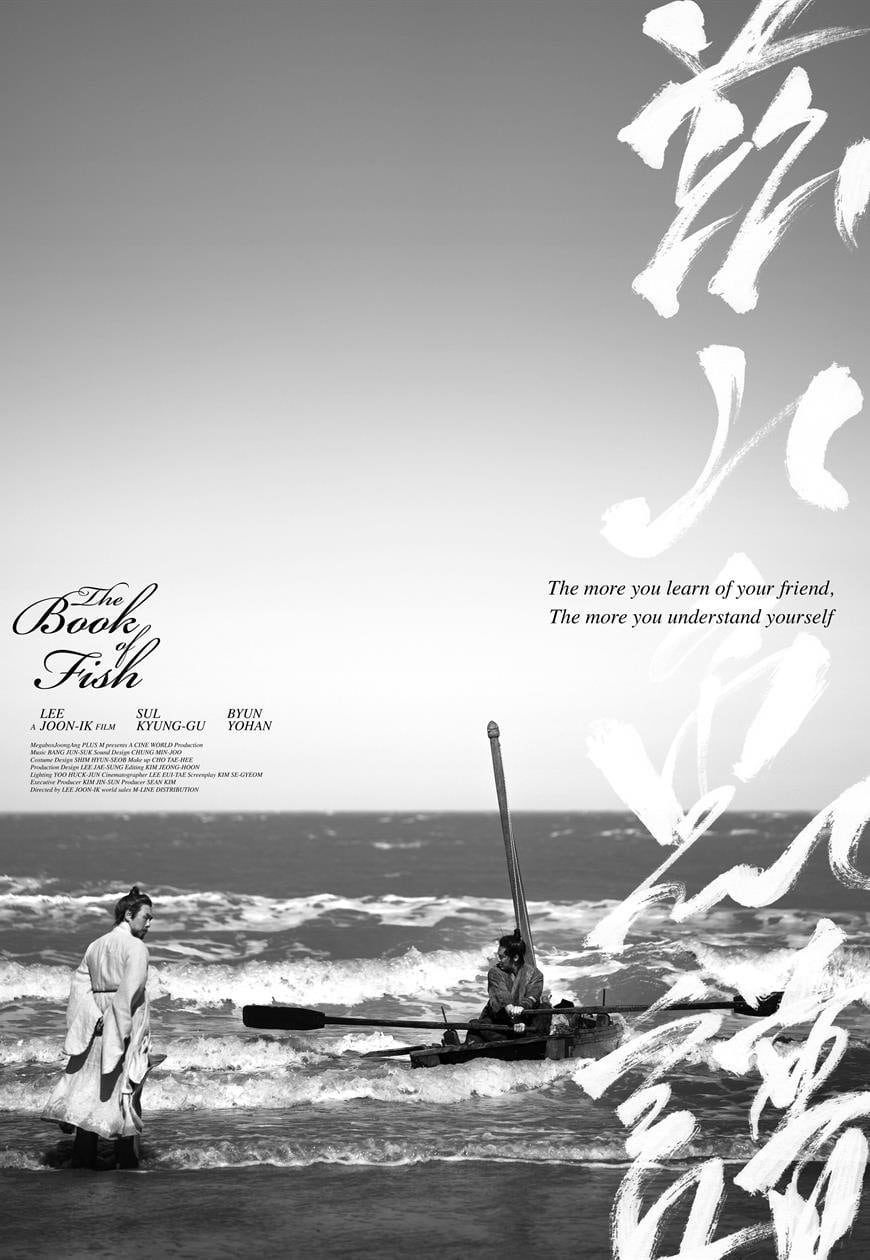 The Book of Fish (2020) - 11DB.IO
In 1801, after a new king ascended the throne, a scholar JEONG Yak-jeon who served the late king is exiled to Heuk-san Island. There he meets Chang-dae, a young fisherman who is a huge admirer of Confucianism and has a wide knowledge about the sea.