The Penthouse: War in Life attracts viewers’ eyes and ears on Monday and Tuesday nights, but this drama airs at the same time and is receiving favorable reviews from drama fans. With its well-organized story and solid quality, the time-crossing thriller Kairos draws in impatient viewers who switch channels if the development is even a bit loose into the world of mystery. Despite a slew of dramas with dramatic emotions, unfathomable choices, and unfriendly plot, the fact that every element is just right and just appropriate catches the eye.

Seo Jin, the youngest director executive at a construction company, suffers a tragedy when his daughter Da Bin was kidnapped and murdered and his wife Hyun Jae commits suicide. Ae Ri, who takes care of his sick mother, falls into despair when her mother disappears and her friend steals all her money. These two desperate people are given a chance to talk to each other for just a minute at 10:33 p.m. This setting becomes all the more unique as Seo Jin lives in September 2020 and Ae Ti lives in August 2020. With this just one-minute phone call, the two in different times try to help each other in their own time to prevent the tragedy.

Seo Jin and Ae Ri lead the drama Kairos as they struggle to protect their loved ones. For anyone who has struggled to protect their family, their actions and mind are entirely understandable. Those who interfere with their missions are also very faithful to their desires and goals, so it’s not too hard for viewers to grasp the characters’ feelings and thoughts.

What’s different from the other thriller dramas is that none of the main characters are law enforcement officers. As not one character is a police or a prosecutor, they have a hard time collecting information, so the plot needs to be convincing enough for viewers to accept. The police helping them clearly show the limits of having to abide by procedures and regulations, even though they are compassionate and incompetent, but the main characters jump the limits with their “desperation.”

The narrative completely takes a different path. The drama introduces all characters and their storytellings in just 2 episodes and surprises us with the speedy and absorbing plot. Especially, at the end of each episode, a large or small twist is planted, making viewers look forward to the coming episode. The drama devotes its early parts to character building and narration, attracts viewers into the story, and slowly opens up a new narrative around the turning point. We already anticipate the overall story, but it shows a deepened world beyond our expectations, giving us a new level of understanding of the stories and characters.

The proper use of visual and auditory to strengthen immersion is also impressive. The past is shown in warm colors and the future in blue and cold colors, allowing viewers to differentiate the time only through the screen. Quick editing and screen composition, and especially the high-angle shot that shows the construction site and the white title sequence that covers the entire screen, shown in the first episode are undoubtedly overwhelming. Music director Jang Young Kyu, who worked with band Leenalchi and took part in the film Jeon Woo-chi: The Taoist Wizard and Netflix’s The School Nurse Files, once again highlights the drama with his grand score.

At the end of the 8th episode, which aired on Nov 24, Kairos entered the second chapter by unraveling a new story. As if to make us feel like watching season 2 of a short thriller drama, the work itself has begun anew, starting a similar yet completely different development. If part 1 was led by the desperation of the characters who experienced accidents that entirely shook their lives, part 2 would likely turn the attention to organization and society by uncovering the truth behind the accidents. I am sure that Seo Jun and Ae Ri will accomplish their goals. However, will Seo Jin, who was betrayed by everything that defines his life, and Ae Ri, who was forced to face the truth, be able to recover their daily lives even after the uproar dies down? I do want to find out the truth, but I feel sorry for the two characters who will suffer from aftereffects.

Verdict: A work that is satisfactory in all respects. The only disappointing thing is low ratings (7/10) 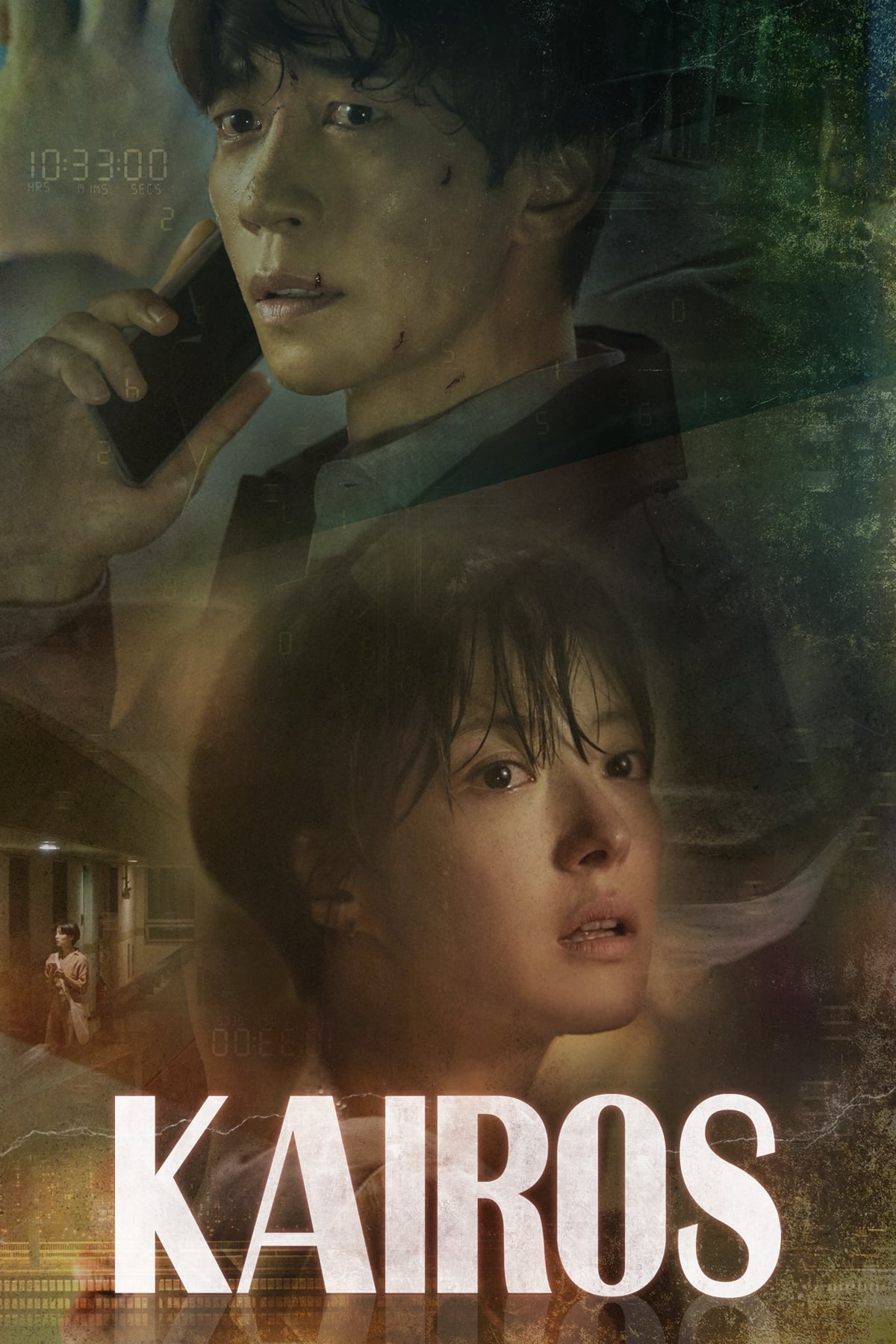 Kairos (2020) - 11DB.IO
A man, who is desperate to rescue his kidnapped daughter, and a woman who would do anything to save her dying mother try to help each other with a time-crossing miracle.