As much as the veteran actors in The Penthouse: War in Life, which the viewership continues to skyrocket, teenage actors have become the talk of the town. At the center of this attention is Joo Suk Hoon, who does everything to protect his twin sister, evoking both pity and shock, and the actor Kim Young Dae. Recently, he started to become an item with Bae Ro Na, heightening the interest.

Kim Young Dae talked about appearing in the hit-drama The Penthouse: War in Life.

Q1. Following ‘Extraordinary You’, you wore a school uniform again.

Extraordinary You is a teen drama, so mostly teens recognized me, and they even called me Oh Nam Joo instead of my real name, so that was fun. But with this (The Penthouse: War in Life), people of all ages recognize me and call me by Seok Hoon’s name. The fact that they were forced to strive for perfection is something these two characters have in common. The difference is the extent of “darkness” in their storytelling. Oh Nam Joo had a brighter narrative than Joo Seok Hoon, while Joo Seok Hoon was influenced a lot by his father Joo Dan Tae’s dark energy.

Q2. Did you expect the drama to be loved this much?

When I was reading the script, I remember getting absorbed into the compelling story so much that time just flew by. I expected a lot of expectations, but certainly not this much.

Q3. What did you focus on while playing Joo Seok Hoon?

I focused on keeping in step with the character. Tuning with his father Joo Dan Tae, his mother Shim Soo Ryeon, with his sister Joo Suk Kyung and with his classmates – I believed that each of them requires different touch, so I studied how I should treat them, how I should react and things like that.

Q4. What was it like working with Uhm Ki Joon and Lee Ji Ah?

Both of them created such an amazing atmosphere in the filming sites. They were always considerate and gave me a lot of advice about acting. There was a scene where Joo Seok Hoon is influenced by his father and imitates his way of speaking, and even though Uhm Ki Joon was busy preparing for his other schedule, he took the time and taught me in detail.

Q5. Your romance with Bae Ro Na is a hot topic.

I paid keen attention to the changes in Seok Hoon’s hearts after falling for Bae Ro Na. The way he treats his sister starts to change with these changes in his heart, and he begins to break away from the original pattern he had to match his father’s standard. I am actually close to Hyun Soo (Bae Ro Na). We were kind of awkward at first, but we bonded quickly.

The drama showcased impressive developments so far, but more unexpected twists are on their way. I hope you tune in till the end with expectations and curiosity about what will happen!

Kim Young Dae is currently starring in The Penthouse: War in Life and Cheat On Me, If You Can, getting the spotlight as the next rising star. 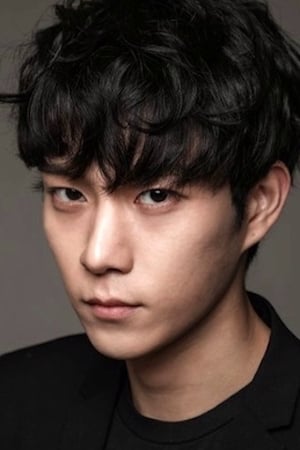