Big Hit Entertainment has been placed as number four on the list of the ‘World’s Most Innovative Companies of 2020’ by Fast Company.

The top 50 list was revealed on March 10th, and the companies that were selected were chosen because they are making the most profound impact on culture and industry.

Fast Company stated, “Seoul’s Olympic Stadium was packed during the pop band BTS’s three sold-out shows last October, but some fans bypassed long march lines by preordering items via the e-commerce app Weverse Shop (formerly called Weply), which offers exclusive band-related products. Others checked wait times for food kiosks and posted messages to BTS members through the social networking app Weverse. These services weren’t built by tech startups, but by a subsidiary of Big Hit Entertainment, the Seoul-based music management and production company that represents BTS and other artists”. The label placed fourth just behind huge companies such as Snap, Microsoft, and Tesla. 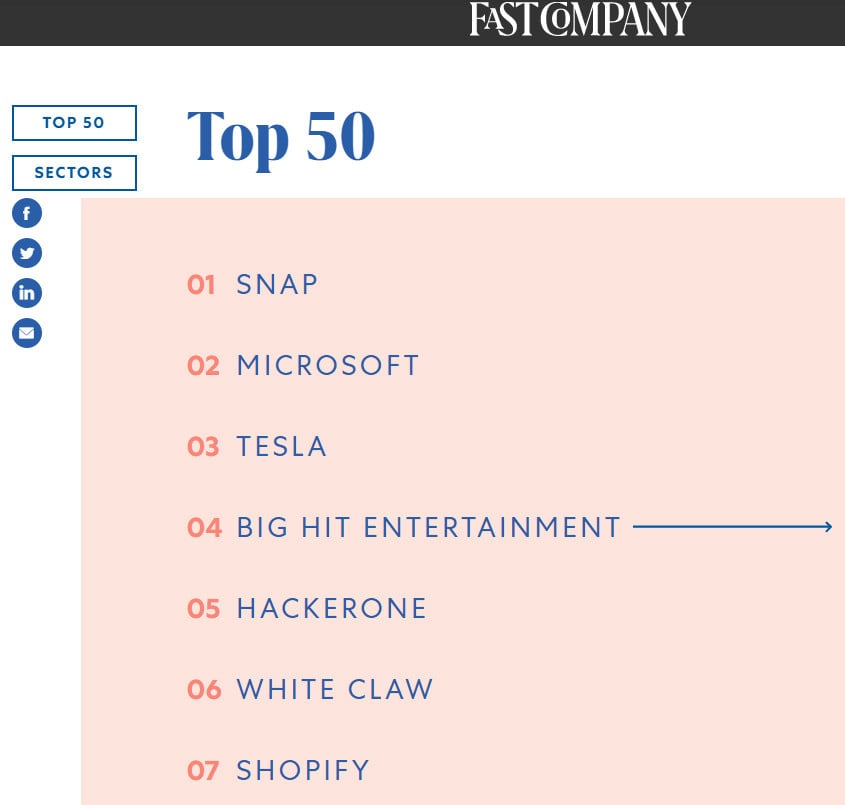 What an achievement, Big Hit Entertainment! Congratulations!
You can read more from the Fast Company here.