It was reported on February 13th, that EXO’s Sehun had recently made a generous donation to his former elementary school. His label, SM Entertainment, announced that it seemed to have been a personal donation.

The singer donated 20 million Won ($16907.67 USD) to Seoul Mangu Elementary School to be used towards student scholarships, which will be handed out to top students when they graduate on February 10th. The school had a banner put up in order to thank the EXO member. 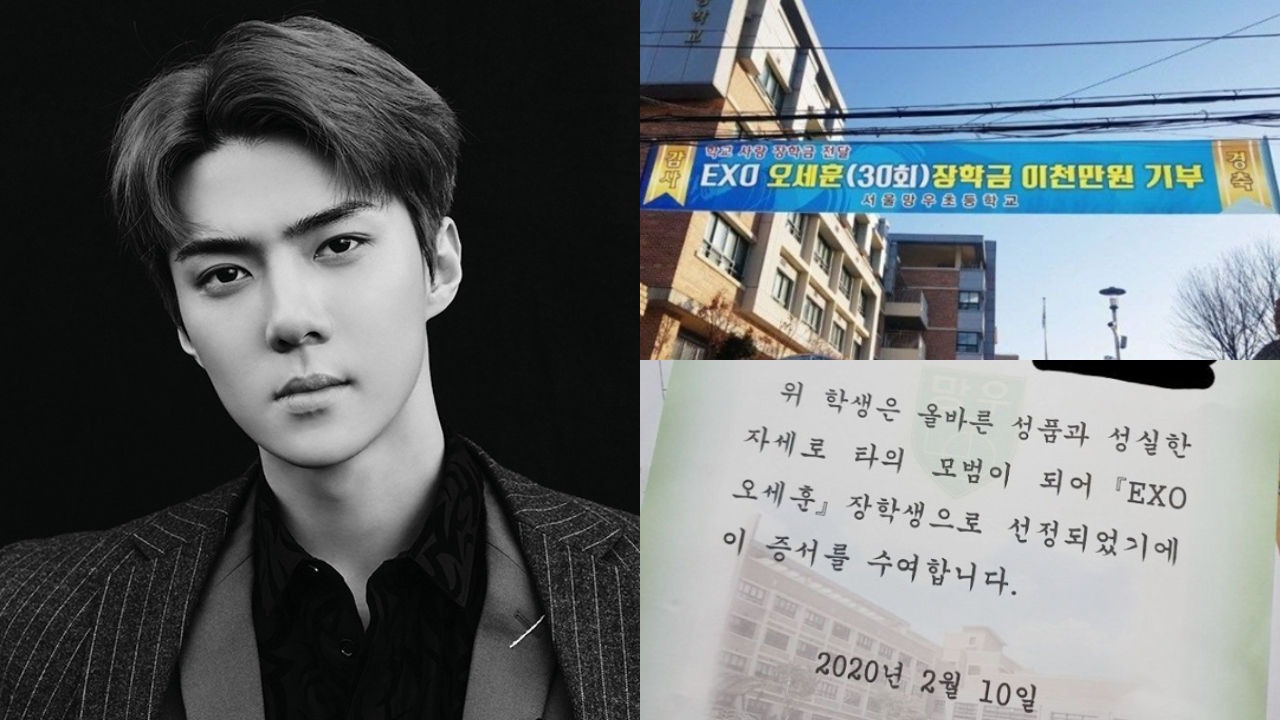 Sehun is known to donate for a lot of children’s causes including places like the child and infant care center Eden I Vile. He is also known for his volunteering efforts each year on Children’s Day at the child welfare center Sun Due Home.