[Review] ‘Youn’s Stay’: The Elegance of Korean Traditional House and the Neat Taste of Korean Food

Youn’s Kitchen has changed its name to Youn’s Stay this time and opened after revamping. As shown in the program’s changed name, it is no longer like the previous seasons where they travel around the world to open Korean restaurants. They now host places to stay, so guests can rest overnight while enjoying Korean food in the peaceful Hanok (Korean Traditional House). As it has become difficult to fly abroad during these hard times, the program welcomed people of various nationalities who are staying in Korea. Choi Woo Shik has also newly become a part of this season. Now that the show has aired five episodes so far, let’s have a look at what it is that shines the brightest within Youn’s Stay.

There is a pleasant tension as the show made a change in the type of business, and thus the rise in difficulty. This is because the delicate cuisine of Korean food has to be served as courses and the cozy accommodation has to be maintained tidily. Though it has been made more complicated as there are more things to do, actors manage to prepare them step-by-step, demonstrating the know-hows they’ve accumulated over the two previous seasons. Since the first day of business, viewers can see that their works are divided so that members each have their roles. Youn Yuh Jung is in charge of the counter and taking orders, while Lee Seo Jin is in charge of managing the accommodation, desserts, and drinks, Jung Yu Mi and Park Seo Jun in the kitchen, and Choi Woo Shik works as an ‘intern’, taking care of all sorts of small chores including the tasks of a bellboy, guide, and server. Though they all seem to be confident in their duties, they move flexibly when they are short-handed, demonstrating perfect teamwork.

A panoramic view of Hanok is also worth keeping an eye out for, as members welcome guests. Including the space in which guests stay, the beautiful path for a walk, a bamboo forest, and a stone wall over the lake remind viewers of a small ancient castle. As you follow Choi Woo Shik’s guide, it feels as if you’re taking a leisurely walk on pretty roads and up the stone steps. Various props add to the ‘Korean feel’, such as the traditional locks, lights, and the amenity provided in each room.

Unlike the ambient atmosphere of Hanok, the evening of the first day becomes insanely busy. Even viewers are breath-taken as the actors come and go in between the kitchen and the dining room, preparing and serving meals for 14 guests in total. Compared to that, the second day of business is a lot more relaxed. The amount of preparation needed is lessened due to fewer customers, and the efficiency rose as they improved through trials and errors of the previous day. As the first day was busy, the members seem to have become somehow more adept at their tasks. Hence, it seems as if viewers are also now able to let out a sigh of relief at the actors’ capabilities.

Thanks to that, we are able to focus on the food this time. The food ranges from the appetizer of fried vegetables to the main menus Dakgangjeong (spicy-sweet Korean fried chicken), Tteokgalbi (grilled short rib patties), Gungjung Tteokbokki (Korean royal court rice cake), Red pepper paste bulgogi (marinated meat), and the pumpkin porridge and dumpling soup served as breakfast. These foods demonstrate how much effort Jung Yu Mi and Park Seo Joon had put into not only preparing, but also cooking and plating them. Watching everyone including both children and adults enjoying the delicately arranged Korean food waters viewers mouth, and also provide a sense of pride. It is satisfying to see the members preparing the menu for vegetarian customers as they take caution for their side dishes.

Throughout this third business, it can be seen that all the actors’ charms blend in. Among them, the charms of Youn Yuh Jung and Choi Woo Shik shine the most. Youn Yuh Jung’s charms can be seen in this season, following the previous season. Not only does she greet guests with her fluent English, but she always manages to make a cheerful atmosphere amongst various guests with her experienced wittiness.

A ‘re-discovery’ of Choi Woo Shik has also been made as he demonstrated charms that have never been seen before. Despite joining the team for the first time, he is now in charge of being a mood-maker as he melted into the team with his unmatched friendliness. In addition, he also showed his ability to greet guests, naturally making conversations and creating a friendly atmosphere as he pickup and guide guests to their accommodation. It is also worth looking out for customers who are amazed to know that he is the lead actor of Parasite, which is a common conversation starter.

It is interesting to see guests from various countries, in different fields of work, living in Korea as they enjoy the taste of Korea and Hanok. However, the synergy created between the actors each with their charms seems to be the biggest appeal for Youn’s Stay. Amidst a time in which traveling is difficult, I look forward to the next episode of Youn’s Stay as I vicariously live through the comforting and pleasant experiences.

Verdict: A vicarious Hanok experience that is rather healing and satisfying. (7/10) 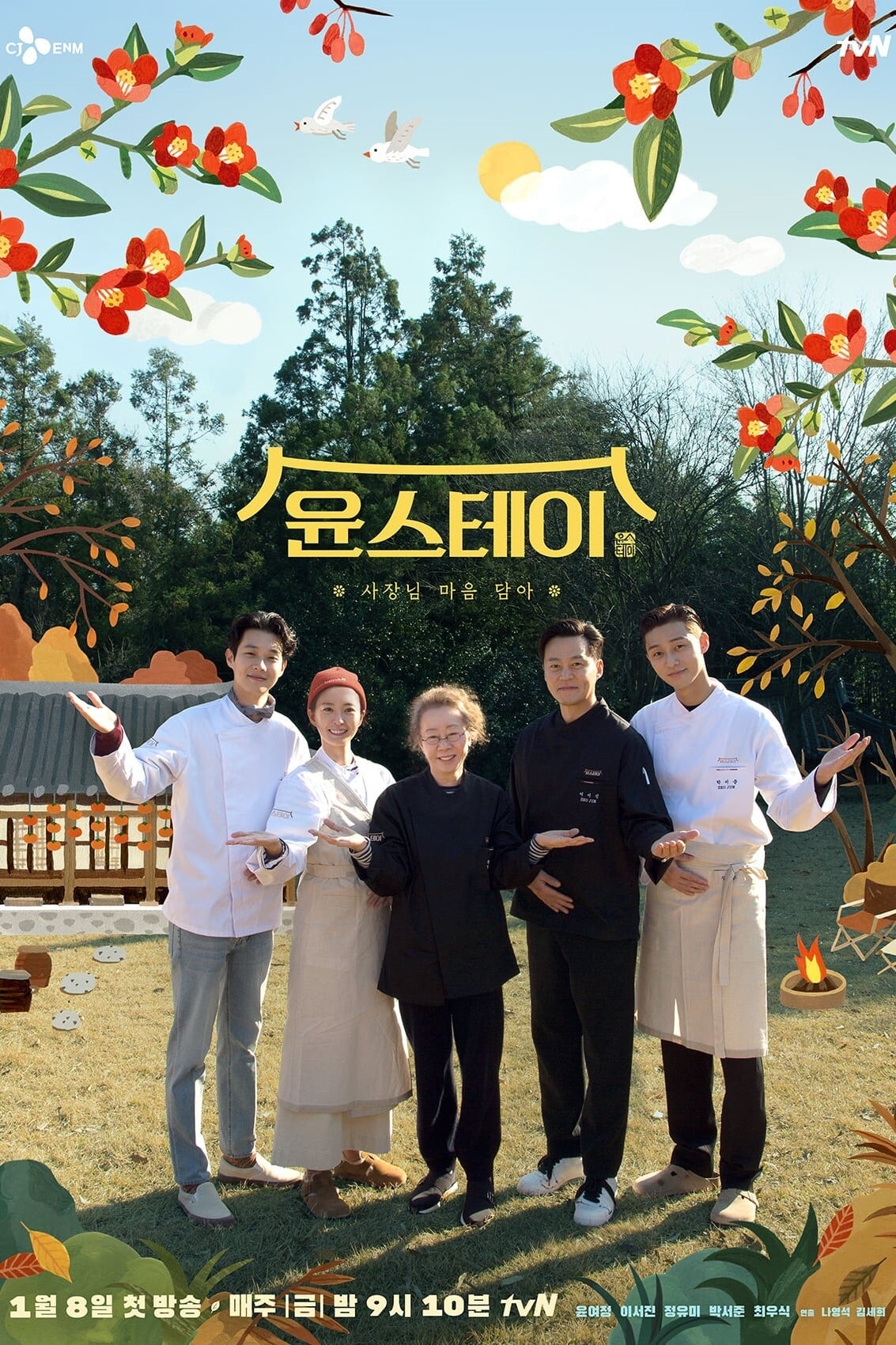 K-Drama Review: What Distinguishes ‘Today’s Webtoon’ From the Original Drama?