Since the completion of military service for the members of BIG BANG, VIPs have been patiently waiting for their official return. And though the group is now going to be having only four members, fans are still beyond excited for the first official return appearance of the boys on April 10th.

Now with just 40 more days until the big return at Coachella 2020, VIPs have started a countdown with the hashtag #BigBangIsAlive, which began to trend worldwide. 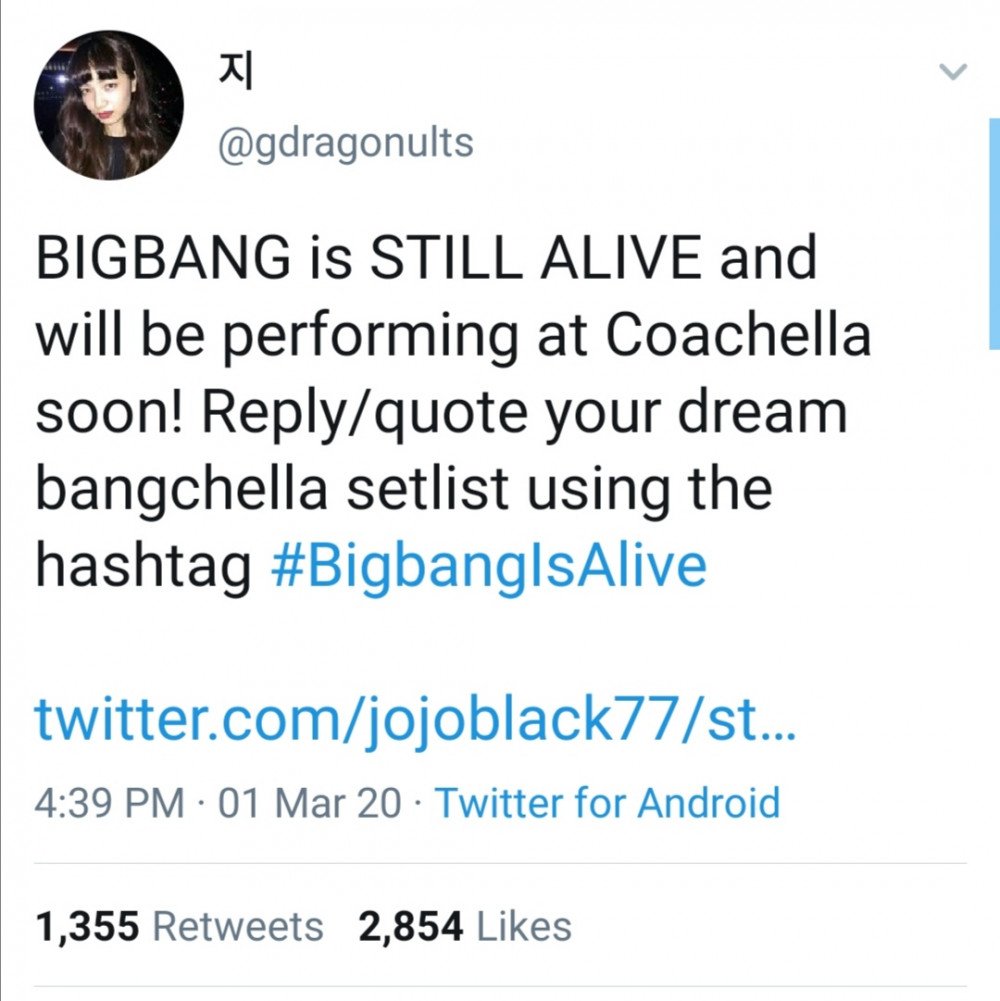 Though the group will be starting their activities for an official first comeback after their appearance at the huge music festival, it is not yet known if they will be promoting in South Korea.