On December 4th, it was reported by one insider of the media outlets that Wanna One member Kang Daniel abruptly cancelled his scheduled recording for MBC’s ‘Show! Champion’, which was originally set to take place that day, and that all of his upcoming schedules had been unconfirmed.

Many are speculating that Kang Daniel’s sudden cancellations and unconfirmed schedules are due to the recent posts he had posted on his own official fan cafe. The post spoke on how he was struggling a lot and that he wanted to be saved from the negative speculation that he was receiving. 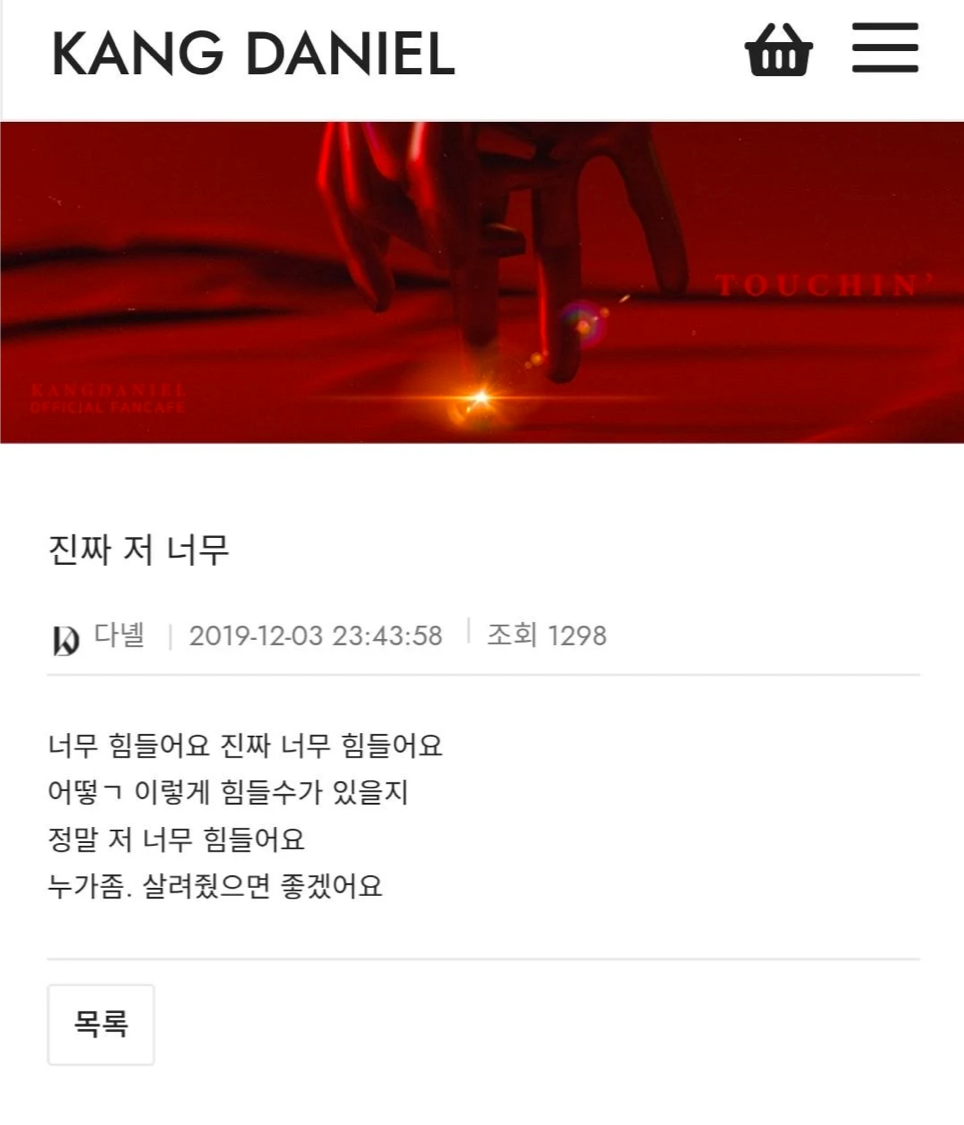 “It’s too much. I’m so tried.
How. How can it be this hard? It’s just been so difficult.
Someone. Please save me.”

One of the recent negative speculations was that Kang Daniel’s first #1 trophy win on December 3rd for SBS MTV’s ‘The Show’ with his title track “Touchin” was rigged, which caused quite a commotion.