Based on the comics of the same name by Heo Young Man and Kim Se Young, the Tazza franchise revolves around a thrilling world of competition in which professional gamblers (tazza) deceive each other. Director Choi Dong Hoon, who made a brilliant debut with The Big Swindle, adapted the original comics, which expanded its world vigorously after being published in the newspaper for four years, into Goni’s growth drama and road movie, and received rave reviews for completing an exciting gambling film with a variety of human figures. Let’s have a rerun of Tazza: The High Rollers (hereinafter referred to as Tazza), which was released in 2006 but still doesn’t feel awkward or rustic.

For Goni who works in a furniture factory and lives from hand to mouth, money that will free him from poverty is more important than college. One day, he butts in a gambling that took place in the factory he works at and feels a strong desire for the first time, but he ends up losing his entire savings and the money he stole from his sister. Realizing that everything was fixed, he begins training under legendary tazza Mr. Pyeong for revenge, and since then, his life begins to flow in an unexpected direction.

Don’t move. Trying to cheat on me?

This is what Agui (Kim Yoon Seok) said to Goni (Cho Seung Woo), who tried the “bottom-out” trick (a cheating skill used in Asian card games where you pull out a card from the bottom of the deck) to give good cards to Madam Jeong (Kim Hye Soo). The tense battle between the two that follows this line is certainly the highlight of the film. Despite the long and fast lines, the scene captivated the audience to the point where parodies are still poured out. On a side note, Kim Yoon Seok, who showed a terrifying presence, was not a well-known actor then, but was cast in the film by director Choi himself after he was impressed with Kim’s performance in a play. Having created one of a kind villain role with Agui, Kim Yoon Seok swept the best supporting actor award at majors award ceremonies, and his life as an actor totally changed its path with Tazza.

How can a wolf crawl under a dog?

When Goni wins the game and collects his money, Kwak Cheol Yong (Kim Eung Soo) asks him, “Have any intention to work for me?” At this point, Goni replies, “How can a wolf crawl under a dog?” Director Choi’s unique taste is clearly shown in this rough line that sarcastically throws a punch at another character.

I am a woman who graduated from Ewha Womans University.

I’m sure this is one of the first lines that come to your mind when you think about Tazza. This line is delivered by Madam Jeong when she shakes off a police’s hand as she is forced to walk into the lock-up for operating an illegal gambling house. Though the line left a deep impression on viewers, Kim Hye Soo wasn’t quite satisfied. In the DVD commentary, she recalls the time she filmed the scene and says that she delivered the line too flat and that she had a difficult time diving into the role because all her fellow actors showed such outstanding performances. But like how she took home the Best Actress Award at the Blue Dragon Film Awards that year, Kim Hye Soo’s acting was excellent (despite what she said).

Kwak Cheol Yong is one hell of a … (curse words)

Ko Gwang Ryeol (Yoo Hae Jin), who won the game and was leaving the game house, says this line to Goni when he tries to stop him from playing a game with Kwak Cheol Yong. This line clearly shows what kind of person Ko Gwang Ryeol is. He always talks senselessly and boasts a speedy way of talking that even the film editor had a hard time editing his lines, and as such, Yoo Hae Jin’s improvisatory acting stands out. In the original comics, Ko Gwang Ryeol exits the work with death, but the film chose to save him at the end, and he later appeared in the sequel as Goni’s nephew’s teacher.

Last principle, there’s no such thing as eternal friends or enemies in this world.

Mr. Pyeong (Baek Yoon Sik) says this when he bids farewell to Goni, who follows Madam Jeong into a bigger world. There will be no exaggeration in saying that this line here penetrates the entire storyline of the movie. FYI, the spell that Mr. Pyeong says when he plays the game is actually actor Baek Yoon Sik’s ad-lib. On a side note, as the film is about hwatu (Korean card game), actors even learned some tricks from a real tazza, and director Choi picked up on the tricks so fast that his hands were actually used in scenes where Goni learns how to do “bottom-out.”

This is what Goni says to Agui, who lost the final match. Originally, the line first was used when Mr. Pyeong taught Goni about the law of “tazza,” but the scene was edited out. Anyway, it’s a painful line for Agui in many ways. Because he lost the same way to Goni and his family in Tazza and Tazza-The Hidden Card.

Goni? He was the best tazza I’ve ever known.

Madam Jeong’s line decorated the beginning and the end of the film. It condensed the process of Goni, who lost all his and his sister’s money, becoming the best tazza after meeting Mr. Pyeong. Though her narration wasn’t in the original plan, it has certainly spiced things up. 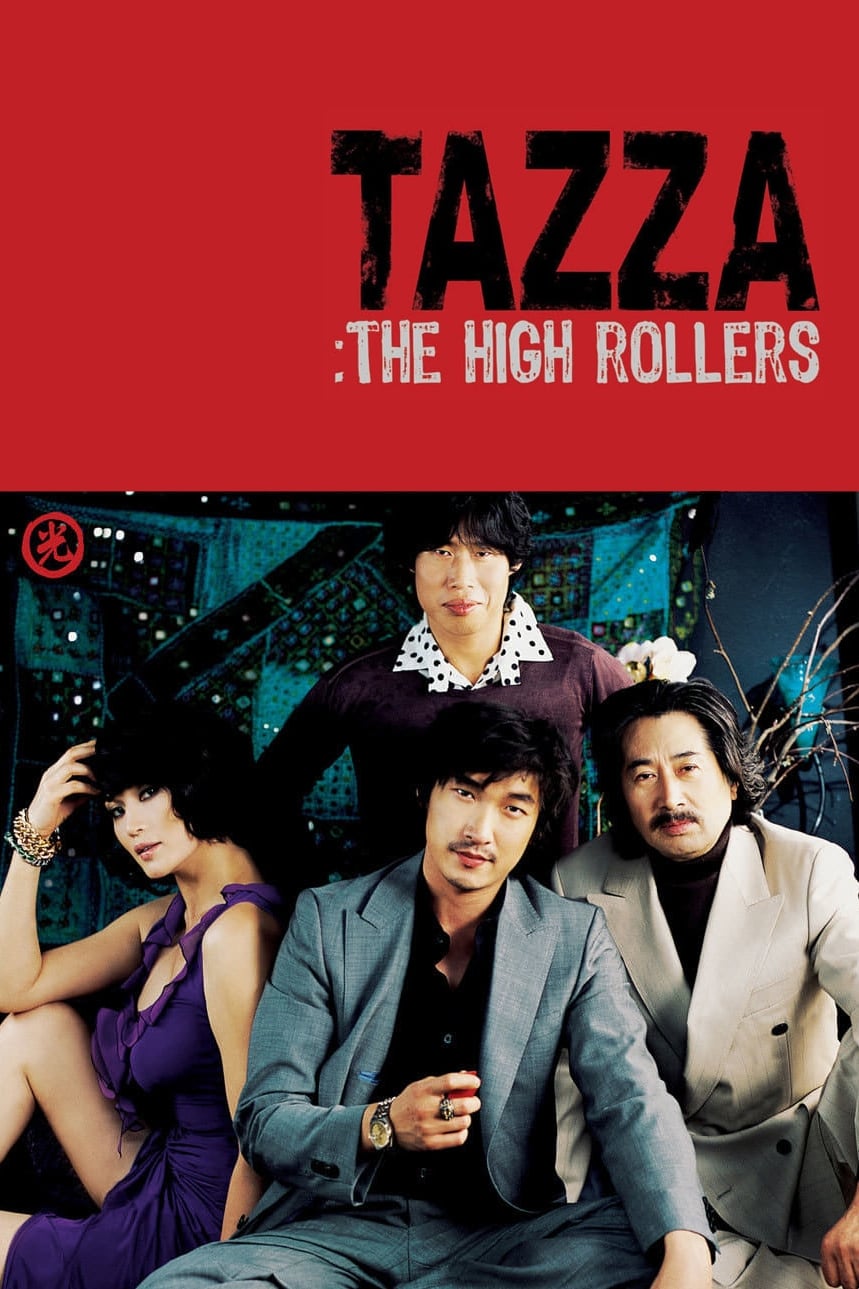 Tazza: The High Rollers (2006) - 11DB.IO
A guy with a talent for cards makes his way into the dangerous world of underground gambling in this crime thriller from South Korea. Go-ni is a small-town guy with a big appetite for gambling.