JTBC’s More Than Friends now has only two episodes left until the end. The final episode, scheduled to air on Nov 28, will feature the last story of youth that have grown up through love and breakup. As Lee Soo and Kyung Woo Yeon were seen reuniting after a year at the end of the previous episode, viewers are raising questions about what kind of ending their story will see.

More Than Friends received love from viewers by colorfully unraveling the dreams and love of young people. Not only did it bring excitement with its sweet romance, but it also gave laughter and delivered emotions with its realistic portrayals. With only two episodes remaining, actors said goodbye to the project and talked about the last key point viewers shouldn’t miss. 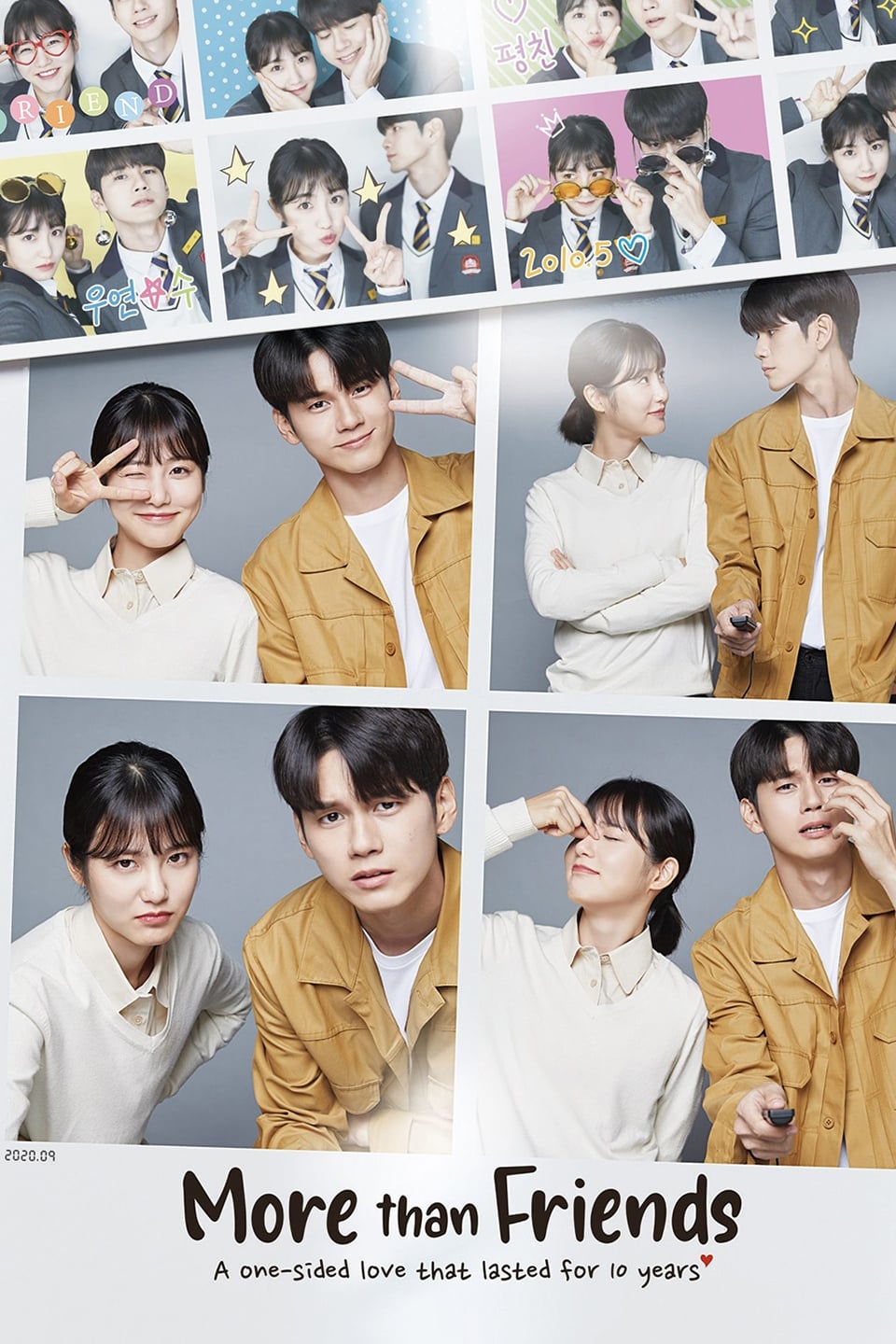 More Than Friends (2020) - 11DB.IO
Story of a man and woman having a crush on each other for over ten years, but at different timings.

Ong Seong Wu, who plays the role of Lee Soo, proved his “true value” with a more mature acting. Ong, who delicately expressed Lee Soo’s changes in heart after realizing his love, said, “I’m sorry that More Than Friends is already near its end. I hope you show great interest and love to Lee Soo and Kyung Woo Yeon’s story. And please pay attention to how Lee Soo will express his feelings to Woo Yeon in the remaining story.”

Shin Ye Eun lovingly and realistically portrayed Kyung Woo Yeon, who shows off a candid charm, drawing sympathy from viewers. Shin said, “More Than Friends will stay as the most beautiful project I worked on. It was an honor to work with such amazing people on such an amazing project, and I was so happy that I got to meet lovely Woo Yeon. I would also like to thank the viewers for showing their empathy and affection until the end.”

Kim Dong Jun gave heart-fluttering moments as Ohn Joon Soo, who always stood by Woo Yeon’s side. Kim showed affection in his character, saying, “I would like to thank the viewers for their hearts and love for Joon Soo, who caught the eyes as a ‘sore finger.’ I’ve lived as Joon Su for many seasons, and it feels bad that I have to say goodbye. If Joon Soo has ‘chance of falling in love’ again, then I hope he doesn’t stay gentle and move forward for love.”