On Nov 25, JTBC announced that Begin Again: REUNION will air at the end of December. Begin Again: REUNION is a special year-end version of JTBC’s Begin Again, which made headlines for its unique setting of Korea’s top musicians busking in unfamiliar places, and will gather singers who have appeared in previous seasons in one place.

The production team said, “We wanted to plan a program that can be a gift and comfort to people who have had a hard time this year. We will try to present touching performances to viewers who are thirsty for year-end concerts and stages.” 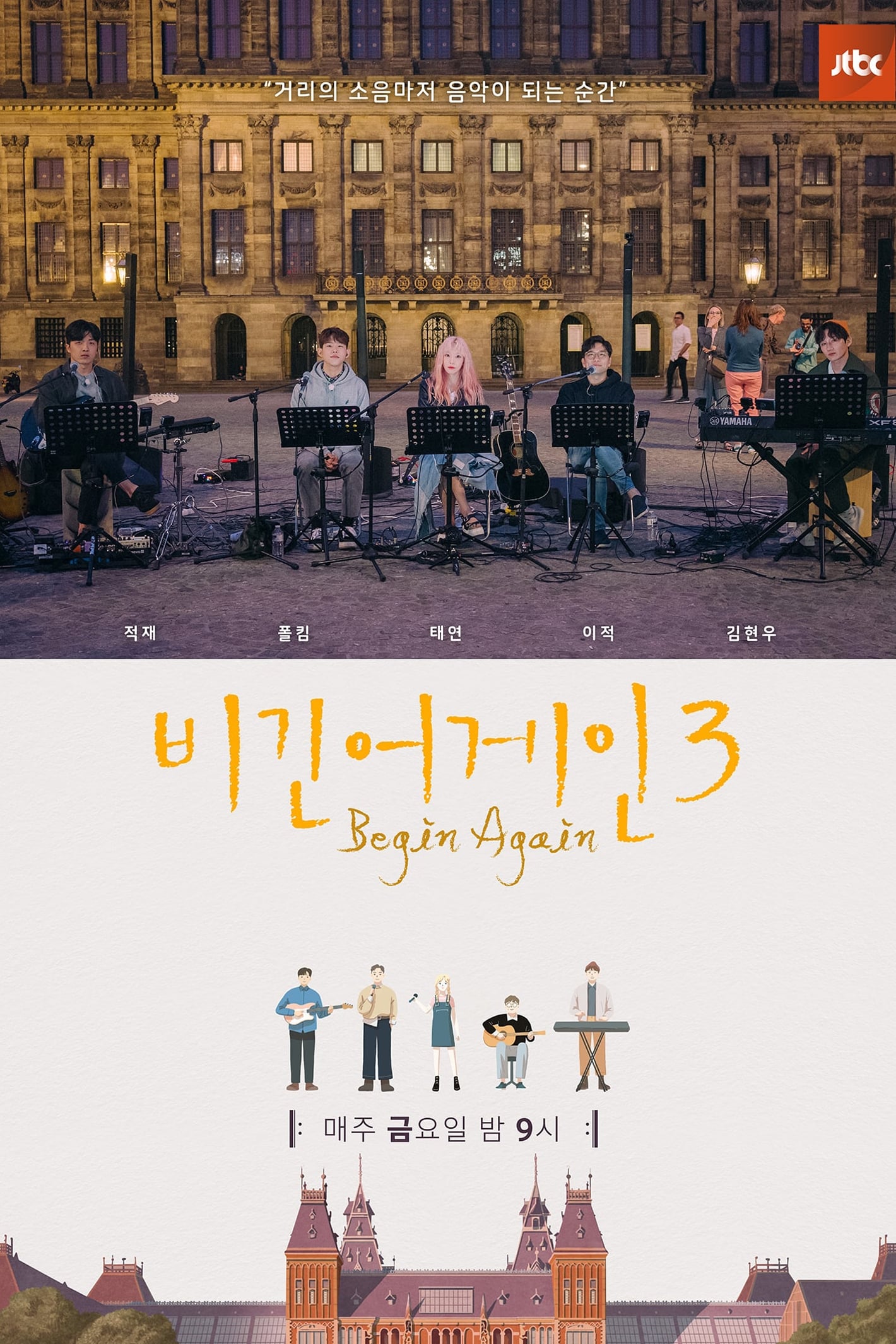 Begin Again (2017) - 11DB.IO
A variety show gathering some of Korea’s best musicians for a series of street performances abroad.

BTS Has Finally Made It Into the Grammys