On the November 13th broadcast of ‘Radio Star’, Dawn revealed for the first time, that he had a difficult time after his relationship with HyunA was revealed to the public. 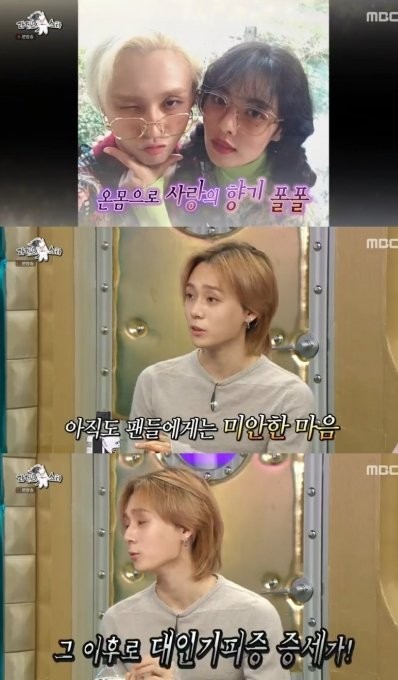 The singer talked about how, because he was a trainee at the start of their relationship, he was forced to hide his feelings towards HyunA. He admitted that it kept becoming more and more difficult for him to keep hiding his love for his girlfriend, because he didn’t want to disappoint fans with his lies. He also stated that the reveal had been rough for him because, though he had been originally optimistic with the reveal, he developed a social anxiety from thinking that his fans had turned their backs to him.

We’re so glad to hear that Dawn is doing better than ever now and that his and HyunA’s love is going strong!