On the King Choice voting website, BIG BANG has gathered 1,514,867 votes and rose to first place, with BTS right behind them placing second with their 1,175,611 votes. 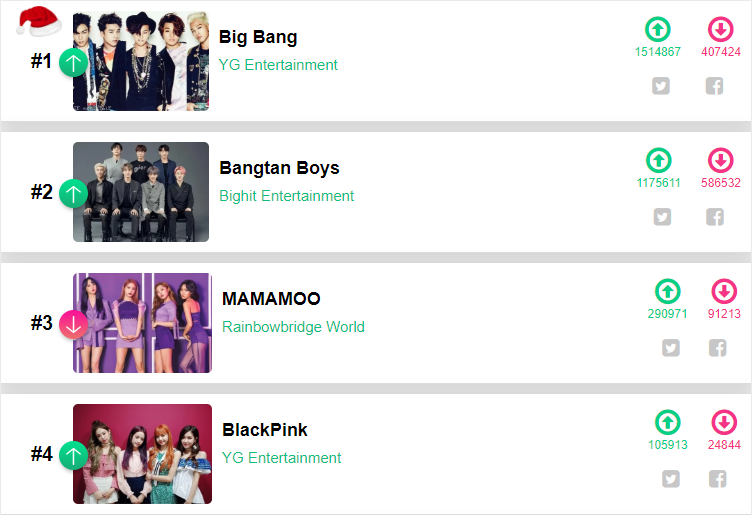 BIG BANG has been immensely popular globally for their style of music, and have become one of the first most dedicated groups to pave the way for the K-pop industry. They have even been given the “Kings of K-pop” title by the media.

The boys have collected a record of 18 number-one songs and have sold over 150 million records and counting, which have made them one of the highest-selling boy bands in the world beating legends like the Backstreet Boys and the Jackson Five.

You can catch the immensely popular group of boys at the upcoming Coachella Festival in April, as they will be performing for the first time since their enlistment in the Korean military.