Park Seojoon has warmed the hearts of many this Winter, with his act of kindness that left many in awe of his warm heart.

On January 7th, it was revealed by several witnesses that actor made a visit to the Samsung Medical Hospital in Gangnam, Seoul in order to surprise children with incurable, rare sicknesses. Being a model of Domino’s, he had been attending the annual “Hope Sharing Pizza Party”, which is an event in which famous celebrities deliver pizza to sick children and present Domino’s 100 million KRW donation to the hospital.

It was said that Park Seojoon was extremely kind, happily taking photos with children without hesitation, and walking around in all smiles. 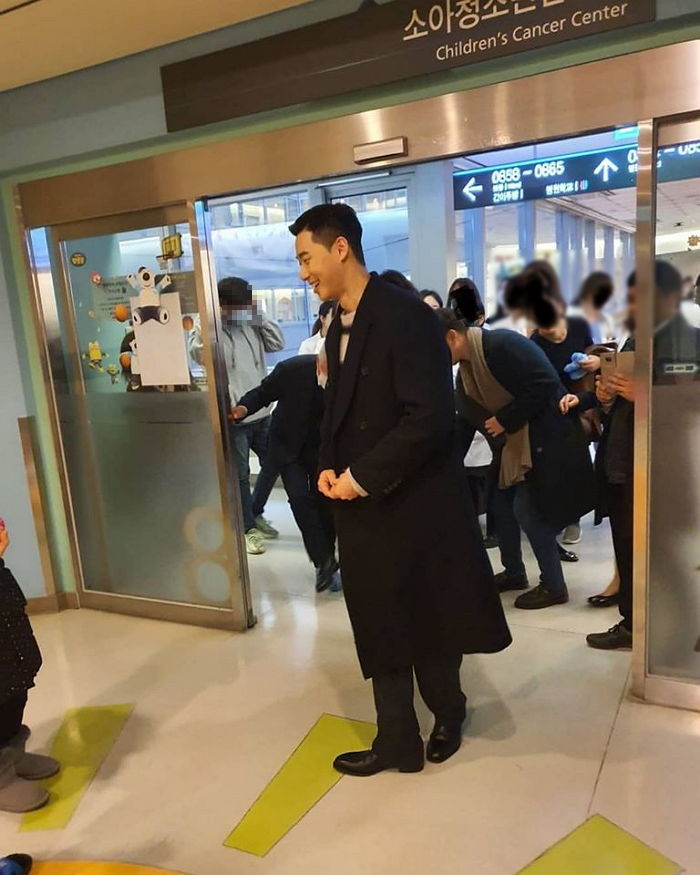 You can catch more of Park Seojoon on JTBC’s new drama series Itaewon Class, scheduled to premier on January 31st.