Lovelyz will soon be going their separate ways.

Woollim Entertainment announced in an official statement on November 1st that their “exclusive contracts with the Lovelyz members will expire on November 16th.” They continued, “After much thought and contemplation, seven members (Yoo Jiae, Seo Jisoo, Lee Mijoo, Kei, Jin, Ryu Sujeong, Jung Yein) have decided to leave the agency and prepare for a new start at different places.” The agency expressed that they have decided to respect and support the members’ decisions.

Of the eight members, Baby Soul decided to renew her contract with the agency. Woollim Entertainment stated, “As a long-time supporter of Baby Soul, we will not hesitate to provide full support for her future promotional activities.”

The agency expressed gratitude towards all eight Lovelyz members, saying, “We sincerely congratulate the eight Lovelyz members on their new beginnings, and we appreciate them for their hard work as artists of Woollim Entertainment for the past seven years. Furthermore, we would like to thank all of the fans who have supported, treasured, and adored Lovelyz.”

The sudden announcement shocked fans, mainly because Lovelyz has hardly been active for the past two years except when they released their seventh mini-album.

The sudden announcement shocked fans, mainly because Lovelyz has hardly been active for the past two years except when they released their seventh mini-album. Following the official announcement, the members of Loyelz each handwrote letters to their fans.

Read the Lovelyz members’ letters below. 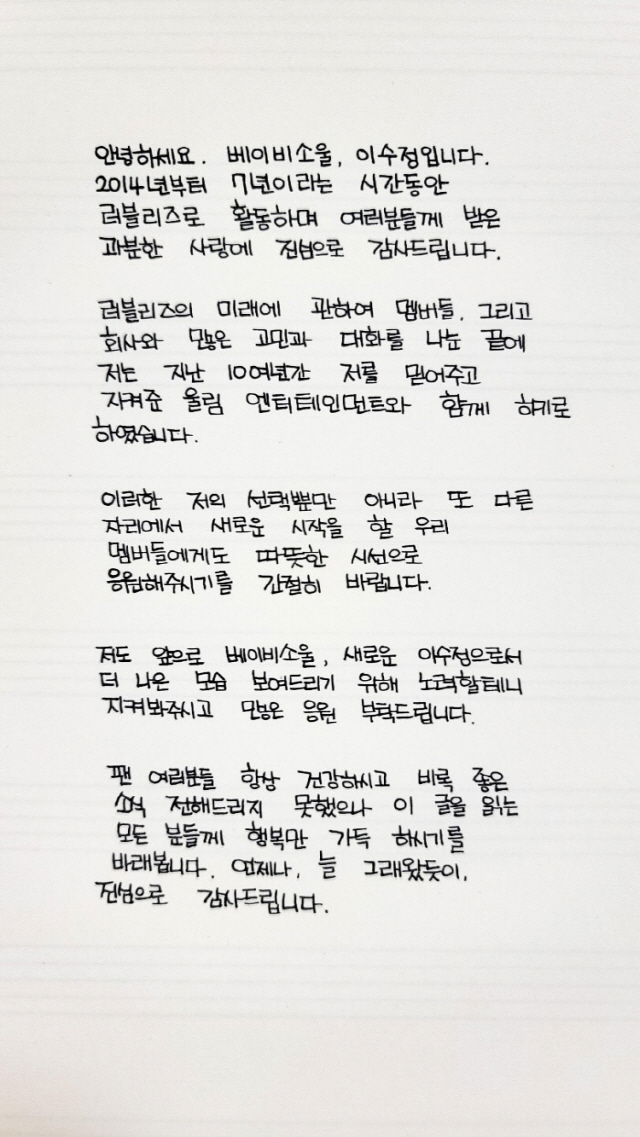 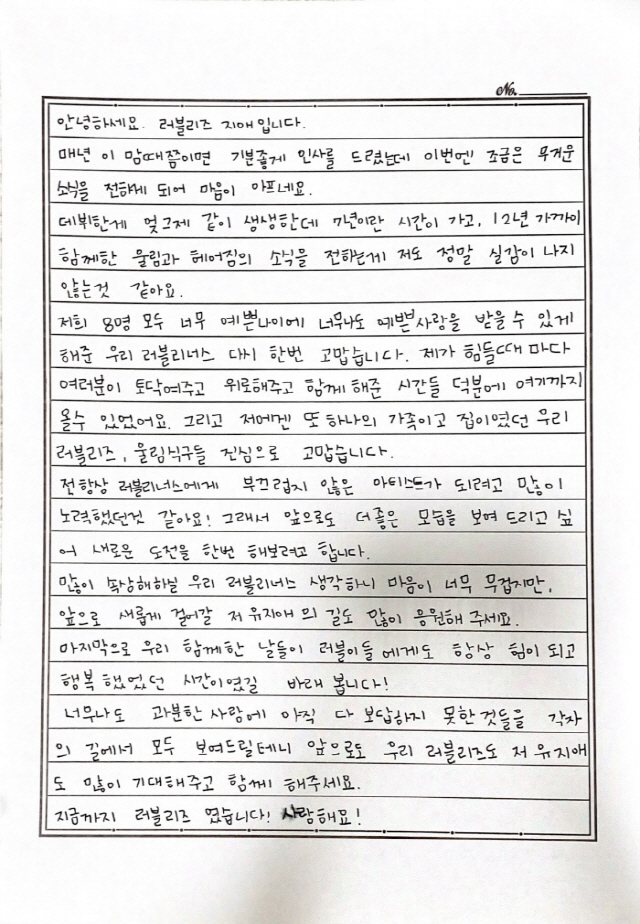 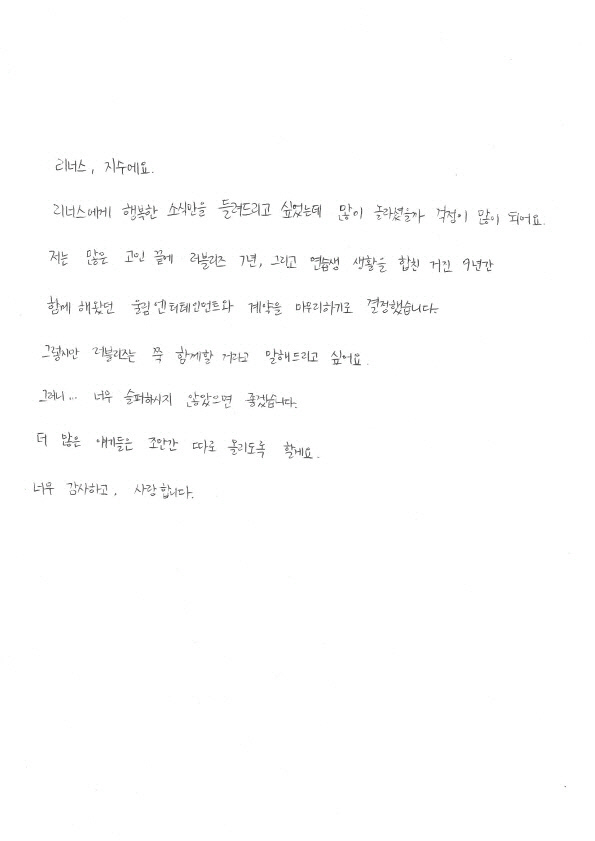 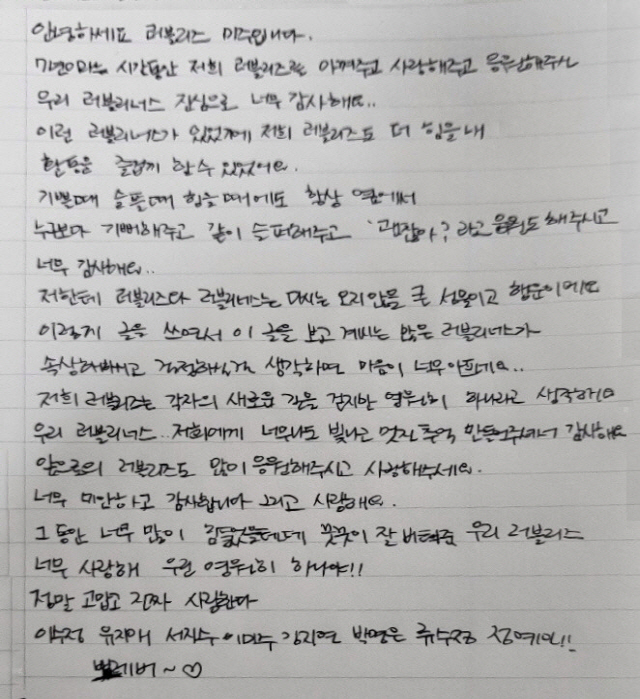