“ChoiChoiChaCha” is a modifier made exclusively for Cha Eun Woo. If you interpret this, it’s like this – “Bias is bias, Cha Eun Woo is Cha Eun Woo.” It means that the love and interest in the artist goes beyond the taste and age of everyone’s likings.

At the heart of this phrase lies Chae Eun Woo’s unapproachable visuals. From 183 cm (6 ft) height to his fist-sized face and sculpture-like features, his appearance is certainly awe-inspiring. But this is not the end. He can act and talk; in all, he has it all. But in an online interview held after True Beauty closed its curtain, Cha shook his head, saying, “absolutely not.” While continuing his acting, singing, and broadcasting schedules, he had worries that no one knew about.

You got busy since you started filming for ‘True Beauty’ in August last year.

Looking back, time just flew by. Still, I went to my parents’ house during the New Year holiday and ate a lot of delicious food, rested and recharged. I’m currently working on ASTRO’s new album.

What did you achieve through ‘True Beauty’?

Various elements such as comedy, action, thriller, and horror were incorporated in the drama. It was an opportunity for me to have an indirect experience. My sunbae actress Jang Hye Jin actively recommended the comedy genre to me, saying, “You’re good at comedy, huh? You’re funnier than I thought.” Director Kim Sang Hyub also praised my action scenes. I want to try both genres at some point.

Do you pay attention to criticism or concerns about your acting?

I know there’s a lot I need to work on. There are many times I punch my pillows while monitoring my acting. So I bear the advice in mind and try to improve. But I try not to pay too much attention (to the criticisms) when filming. Cause you know, I might get swayed from here to there.

The public’s undying attention must be burdensome from time to time.

The original webtoon of True Beauty was so famous, so I had a lot of pressure. But no matter what I do, I try to focus on the given situation without feeling too pressured. I think the smart way is to get immersed in the role and acting and express it the best I can.

Cha Eun Woo laughed as he said that he received a lot of calls from his friends after the word “ChoiChoiChaCha” came out as one of the newly-coined word quiz in MBC’s entertainment show Hangout with Yoo.

Aren’t you a little tired of all the compliments about your appearance?

Not at all! I love it every time I hear it, Hahaha! I’m proud and amazed that it became a buzzword. But I know some people won’t think the same way, so I’m a little embarrassed.

Your handsome looks may limit your performance.

I do want to break the prejudice of always sticking to the cool characters. The desire within me to challenge (new roles) is great. There are a lot more things that I haven’t shown yet. I believe that if I show them one by one, then the prejudice against me will slowly break. I’m ready to play even the messed-up roles.

If you have one goal?

Growing up a step at a time. I want to be a trustworthy person who can hear things like “what a nice friend.” Now, I’m pondering over what genre or character I should play next. Actually, I want to ask you guys. Is there a side of “Cha Eun Woo” you want to see? 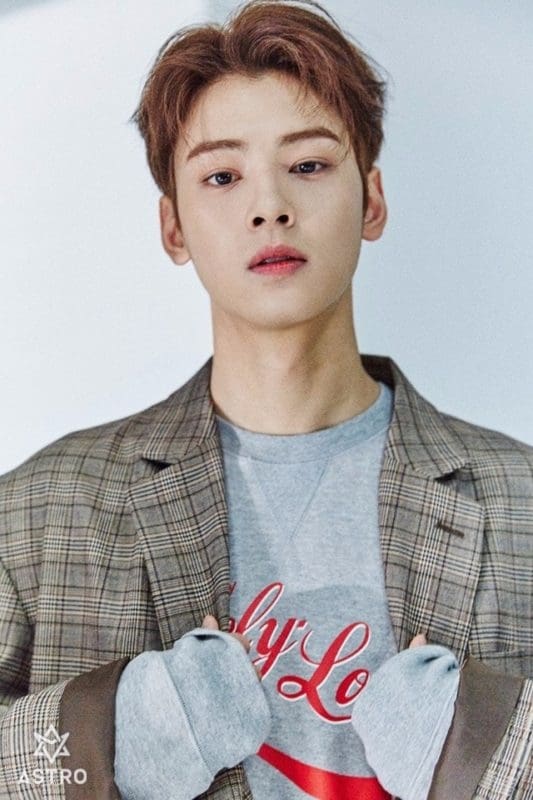