During the March 20th broadcast of Mnet’s ‘I Can See Your Voice 7’, a middle school singer revealed to the audience that the reason for her being on the show was because she had wanted to meet MC Kim Jong Kook!

She stated that Kim Jong Kook was her ideal type and that she had applied for the show just to be able to see him in person. When she was finally able to confess her feelings, she also added, “You’re so much more handsome in person. I want to marry you”, as Kim Jong Kook burst into laughter and MC Leeteuk explained to her that he would be over 50 years old by the time she was old enough to get married. 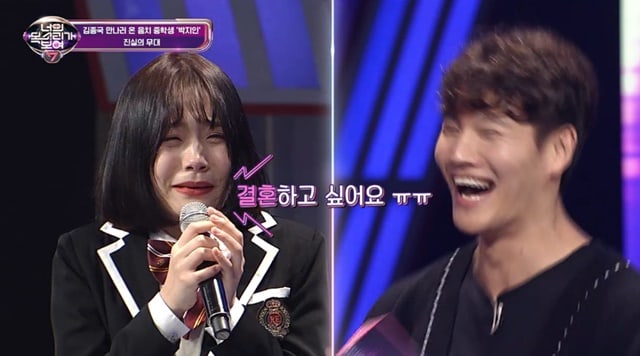 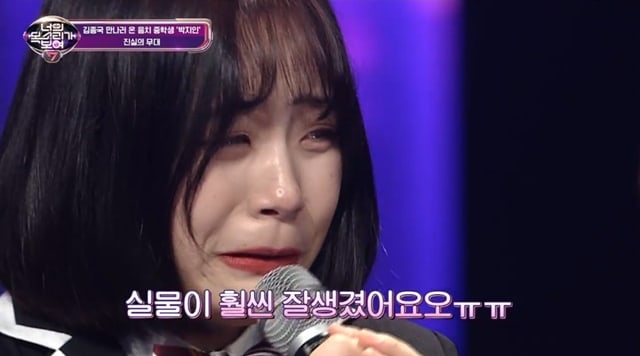