On the March 14th episode of “Knowing Brothers”, Kang Ho Dong asked Song Ji Hyo if she had reached out to Kim Heechul after the news of him dating TWICE’s Momo was made public.

Song Ji Hyo stated that she had sent him a congratulatory text message, to which he responded with, “Thank you. Momo is a really great person.” Kim Heechul, embarrassed, laughed off the comment and pretended as though he didn’t know what she was talking about and went on to explain how the two of them always messaged each other when there were good things happening in each other’s lives. 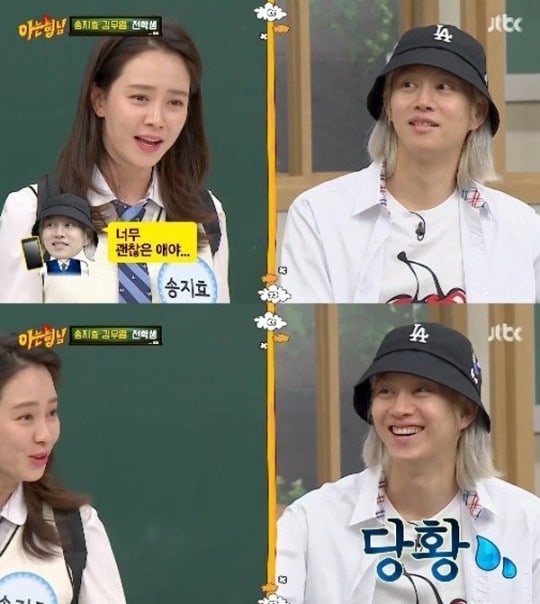