G-Dragan’s outfit at a recent fashion show in Paris has been catching the interest of many. 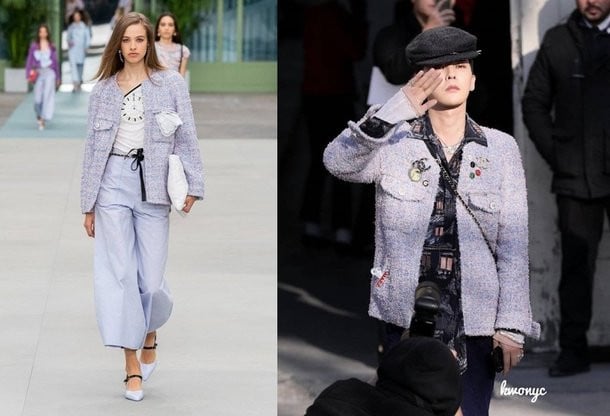 Seems like G-Dragon is capable of pulling off anything thrown onto his body! Female clothing included.