BTS is trending worldwide yet again as fans are showing support and expressing their anger after the group didn’t receive a nomination for the 62nd annual Grammy Awards that is scheduled to be held at the Staples Center in Los Angeles on January 26, 2020.

Fans were furious to find out that the greatest act of the decade, the highest grossing act, and the group of multiple record holdings weren’t able to even get a nomination for the infamous award show. The fans are using #ThisisBTS and have gotten the hashtag to trend number four worldwide – it is still making its way up the trending list – in order to bring their support. 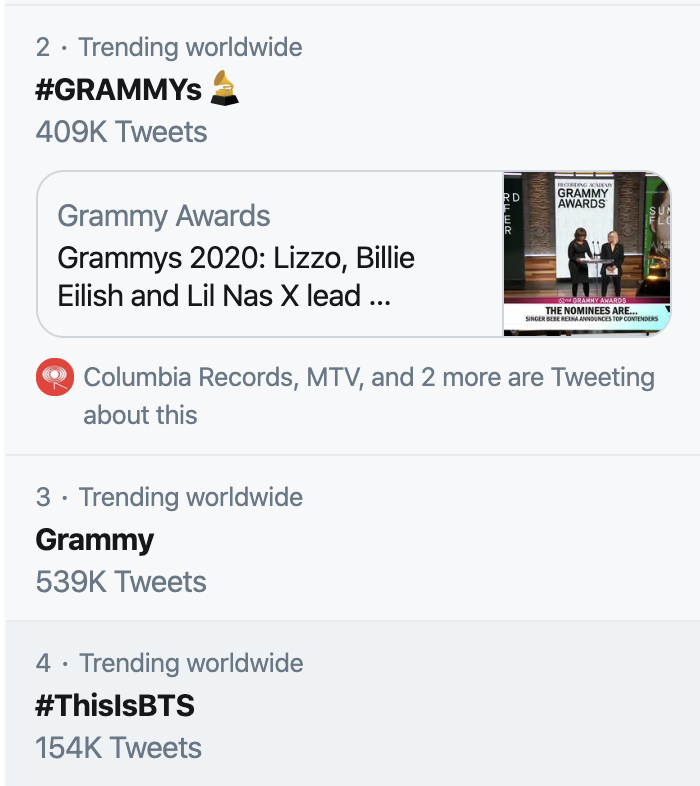 American artists forget that 80% of the world's civilization doesn't speak English and yet it buys their music .. What would happen if this civilization turned to other countries and boycotted them .. Open your mind and break the Walls #ThisIsBTS @BTS_twt #GRAMMYs

It’s not about being greedy here. This is about wanting to give these hard working men what they deserve. With or without, we stand by them always💜 #ThisIsBTS #GRAMMYs pic.twitter.com/UXeTfzkESH

For more of BTS, feel free to check out: https://www.ondemandkorea.com/k-pop/artists/bts

‘Project Wolf Hunting’ Trailer: Seo In Guk Transforms Into a Criminal Shipped Across the Pacific Ocean