The end of the year always puts various thoughts in our heads. Sometimes we bear the bitter aftertaste as we regret thinking ‘what did I do this year?’ but we also raise expectations for the new year. And for those who are overwhelmed with an odd mix of emotions, a movie has come to give obvious yet warm consolations; it’s director Hong Ji Young’s new film New Year Blues.

New Year Blues is an omnibus film about four couples and nine men and women who have have to face their own worries a week before the new year. Their concerns aren’t something profound, but something pretty common that we have personally experienced or have commonly seen around us. Therefore, we easily form a consensus with the characters, and joy and emotions hit us when they overcome these challenges as if it’s our own accomplishment.

After being demoted to the Public Service Center, detective Ji Ho (Kim Kang Woo) meets Hyo Young (Yoo In Na), a rehab trainer who asks for personal protection from her husband ahead of their divorce. Even after bickering nonstop, the two bond with “divorce” as a common factor, but Ji Ho cannot readily accept the new relationship because of his past scars.

Jin Ah (Lee Yeon Hee) has lived an insecure life as a part-timer, but her vulnerability explodes when her boyfriend dumps her and sends their 6 years together down the drain. To escape the harsh reality, she sets off to Argentina. And there, she meets Jae Heon (Yoo Yeon Seok), who came to Argentina a few years ago after getting exhausted by the tiring life in Korea and now works as a wine delivery boy.

Yong Chan (Lee Song Hwi), the head of a travel agency, is swindled out of all his marriage funds ahead of his marriage to his Chinese girlfriend Yaolin (Chen Duling). To make matters worse, Yaolin arrives in Korea after being appointed as the Korean branch, and life with her, which he thought would be happy, is shaken by unexpected cultural barriers. Yong Chan’s older sister Yong Mi (Yeom Hye Ran) is distraught by her younger brother’s international marriage.

Rae Hwan (Yoo Teo), a snowboarder for the Paralympics, and gardener Oh Wol (Choi Soo Young) have been dating for a long time. Having been on a roll with excellent performances, he signs a contract with a management agency for Oh Wol, who is having a hard time, but contrary to his thoughts, he is bewildered when he learns that what Oh Wol wants is not a “give and take” relationship. On top of that, he is forced to face distorted views of the public.

The most striking attraction within the movie is “sympathy,” as previously introduced. The fact that it brings out realistic problems and concerns that anyone may face, such as love and breakup, burnout syndrome, or prejudice of the world, through various stories equals to “acceptance” of the audience. Plus, the flawless acting of Kim Kang Woo, Yoo In Na, Yoo Yeo Seok, Lee Yeon Hee, Lee Dong Hwi, Chen Duling, Yeom Hye Ran, Choi Soo Young and Yoo Teo gives the impression that the story is for all of us, not just for the movie.

The exotic scenery of Argentina is also captivating. In addition to Argentina’s most-popular landmarks such as Iguazú Falls and Obelisco, the feeling of exploring attractive places hidden throughout alleys in Buenos Aires allows vicarious satisfaction for viewers, who are unable to travel due to COVID-19.

However, it’s still disappointing that the story seems quite familiar. The plot that was often seen in many existing omnibus romance movies such as Love Actually and New York, I Love You may act as a hindrance. Dealing with universal concerns in a single film is definitely a great way to arouse sympathy from many people, but there are some points where I felt that conflicts and resolutions were only skimmed through as the stories of nine people were jammed in a limited time of 114 minutes. I can’t help but wonder what it would have been like if the movie dedicated the main story to one couple and just dug into their drama.

Nevertheless, the reason I am attracted to New Year Blues is the “warmth” shown in the movie. As Jin Ah says, “No, now is just a siesta where you take a breather,” the movie that delivers consolation to those who feel like ‘now’ is the low season of their lives; isn’t this the movie for us as we endure this difficult times? 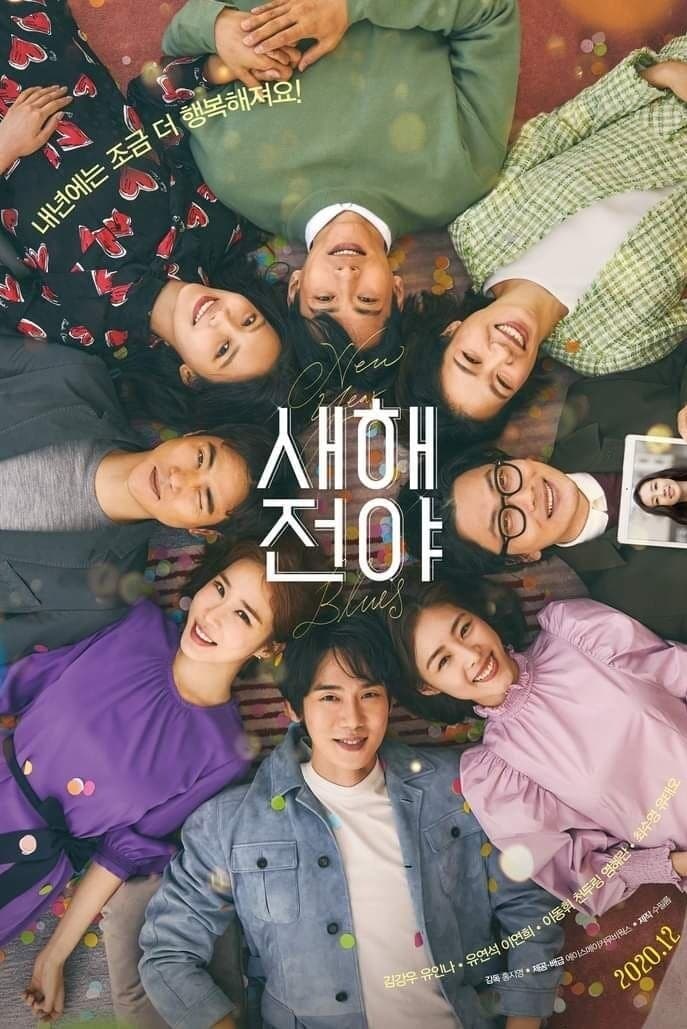 Editor Yang Young Jun: There is at least one good part in every movie or TV series. A media geek who isn’t picky with genres.

K-Drama Review: What Distinguishes ‘Today’s Webtoon’ From the Original Drama?