Song Joong Ki has returned to the big screens after four years and talked about how he felt about the movie’s release through a video interview.

Space Sweepers was released on Netflix on the 5th, as it tells a story about crew members of the Victory ship which is a junk cleaner of the space. They jump into a dangerous deal after discovering Dorothy, a humanoid which is known as a deadly weapon of mass destruction. While originally noted as a masterpiece with a 24-billion-won production cost for the theatre, it postponed its release several times due to the COVID-19 situation before eventually choosing to go with Netflix.

Space Sweepers is drawing attention as it became the world’s No. 1 streamed movie on Netflix since its release.

“I read a lot of articles, but I don’t know what’s right. I wonder if they are actually about our movie. People around me text me a lot. There was a picture that I was glad to see. It was families at the camping site, who were watching Space Sweepers on Netflix. Those pictures made me think that there is a lot of people watching. I felt grateful.”

He revealed that he has no regrets about the movie having chosen Netflix instead of releasing in theatres.

“I watched the movie on the big screen with big sounds. I also saw it on my laptop. I experienced both. There seemed to be no special difference. I usually watch Netflix a lot on my days off. I think the times have changed a lot. I don’t have regrets at all. The fact that we were able to reveal our work to the public in midst of such a confusing time in itself is something to be grateful for. You can’t live to satisfy everything. The reveal of the movie alone makes me teary.”

“I’ve always had a personal desire to try various genres. I thought it was good for me because it was a genre I’ve never worked with before. People around me say I make bold choices, but I don’t know if they’re bold. I just do what I’m attracted to.”

Tae Ho is a character who comes and goes between faint hope and surrendering. Song Joong Ki had previously said in the press conference for Space Sweepers, “Just like Tae Ho, [he] was in a state of ‘giving up.’” It was around the time which Song Joong Ki suffered from the divorce from Song Hye Kyo. He saved his words on the remarks he made on that day.

“I said it with a literal meaning to it. I actually in a state like what I said. My condition at that time was like so. I would like to leave the answer blank as it is my personal relationship.”

About the responses claiming the movie to be a ‘new wave narrative,’ Song Joong Ki expressed his faith in the director.

“Works of director Cho Sung Hee includes the keyword of ‘family.’ I like his works because they instinctively suit me. So I am satisfied with the settings of the film.”

The actor also expressed his thoughts on working with Kim Tae Ri, Jin Sun Kyu, and Yoo Hae Jin as they worked together for the first time.

“We got so close from the first moment we met and had a lot of time together while filming. The film was a pleasant experience as my fellow actors would fill me whenever I lacked. In the center of that, there was Yoo Hae Jin. He said he would do the motion capture and even say his lines on the shooting set, so more interesting scenes were created, unlike the original script. The chemistry between characters also came into life.”

After Space Sweepers, Song Joong Ki will return with tvN’s new drama Vincenzo which will begin airing on Feb 20th. 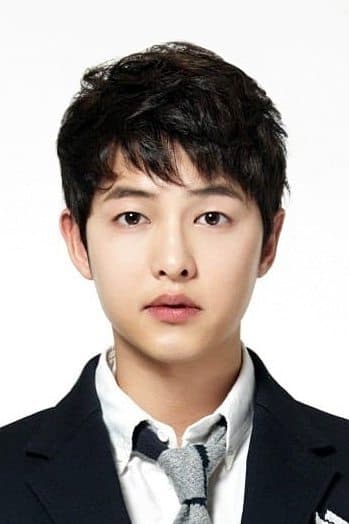 Song Joong-ki - 11DB.IO
Song Joong-ki is a South Korean actor. He rose to fame in the historical drama Sungkyunkwan Scandal. He has also starred in feature films, notably as the title character in the box office hit A Werewolf Boy.

Director of ‘Double Patty’ Says He Saw Potential in Irene