Actor Yoo Teo, who won the nicknames “Cannes’ man” and “sexy villain,” has returned to the big screen. This time, he will shake off his strong villain image and draw sympathy with his portrayal of a realistic youth. In New Year Blues, Rae Hwan, played by Yoo Teo, is a national team member for the Paralympics who always feels sorry for his girlfriend in the face of prejudice from the world.

On the morning of Feb 3, the actor held an online interview and expressed his excitement ahead of the release of his new movie on Feb 10.

“The result came out to be more interesting than the script I read. I’m glad that the outcome exceeds my expectation. It’s a good movie to watch in the holiday season, and I liked the fact that it’s a rom-com genre. I feel good.”

Rae Hwan, played by Yoo, was born in Germany and lost his leg in an accident as a child.

“I lived as an athlete till I was 23. At the time, my dream was to become the first Korean to play for the NBA. I wasn’t tall to be a basketball player, but I wanted to cover it with speed. I practiced like crazy. But I hurt my cruciate ligament twice. And when my Achilles tendon ruptured, I thought my life was over. I reflected on that experience as I acted.”

Yoo shows a sweet love story with Choi Soo Young in the movie. Well-known for being a pair of lovebirds, he expressed his affection for his wife, Nikki Lee.

He gave honest answers to the question, “What kind of husband are you to your wife?”

“We often say ‘we are one body.’ We’ve lived together for 14 years, communicated, and overcame difficulties together, so there is this partnership of knowing each other to the bones. Even though we talk a lot, it took a decade for us to become one.”

Through Money Game, he earned the nickname “sexy villain.”

“No matter how I am called, I don’t tend to lean on these nicknames. How viewers react after the performance ends is not the area I can choose. It’s the names the fans call you with. I tend not to react to that. I put no meanings (into these names), especially to ‘sexy villain.’ You can say that I am just glad that I received positive responses of being sexy even if (the role I played) is a villain. I’m grateful for all the positive reactions.”

He also expressed his ambition as an actor.

“I want to become a world-famous actor.  It can be divided into various categories within the system that I work in, but it seems that the root (of all those categories) is expressing various sensibilities. And my sensitivity can cover from detailed Korean-styled sensibility to more generalized commercial sensibility. Considering the wide range I can digest, I think I can be an actor who can tell stories that anyone can access from anywhere. I am quite greedy, so my dream is to become a world-famous actor.” 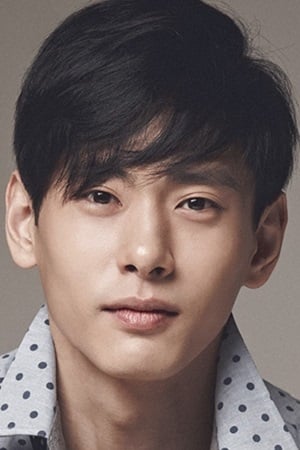