Pang Hyun Sook has newly opened her side dish shop.

In the 33rd episode of JTBC’s Don’t be the First One! on January 10th, Pang Hyun Sook opened her new side dish store.

On this day, Pang Hyun Sook revealed that she opened the store because people have suggested to, after complimenting her food. The store hung a sign with huge faces of Pang Hyun Sook and Choi Yang Rak on it.

Pang hired her husband, Choi, as a part-time worker. Though Choi worked with her, he complained and demanded a raise for his pay. He also said, “This woman opens a store whenever someone compliments her.” Nevertheless, Pang Hyun Sook said that “I opened 13 stores so far because I wanted to. There will be 30 to 40 more stores that I will open.

“It was my long dream to run a hotel. I dreamt of this moment when someone called me a CEO and let me cut the ribbon,” she said. Pang Hyun Sook ended up gathering her staff to hold the ceremony despite the minus 10 degrees weather.

When asked to say a word, she delivered a speech saying, “I’ve gone through so many hardships until I got here. There were so many. This is my 12th opening ceremony, after failing more than 10 times. But I never hesitated. Even when my husband said mean words to me, I was not daunted. It was my dream to own a hotel, but I felt that it wasn’t easy. So I’m going to take it down a notch and open a side dish store.”

As her speech got longer Choi Yang Rak shouted at her to stop and had cut the ribbon by himself even before Pang Hyun Sook did. 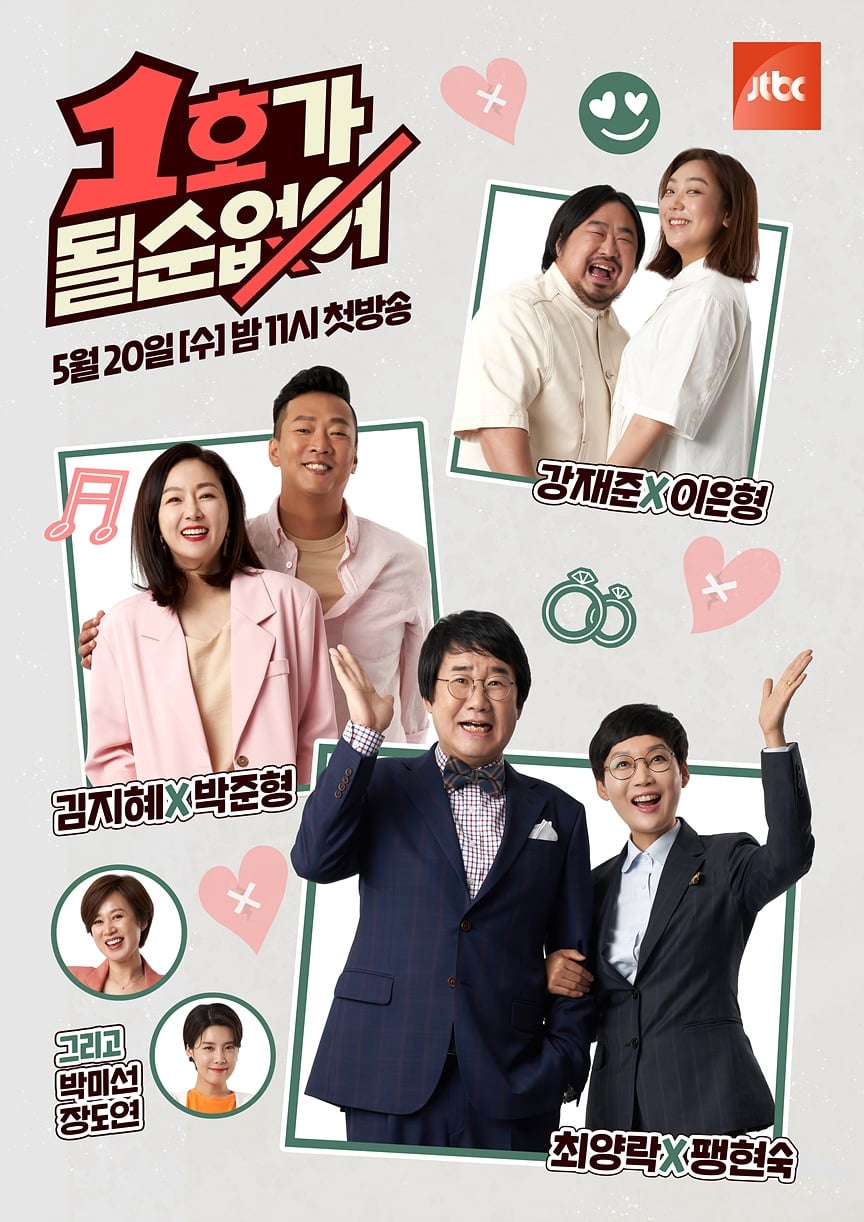 Don’t be the First One! (2020) - 11DB.IO
According to a research in 2019, 11,800 couples divorced in South Korea, but none came from comedian couples. This reality show analyses what maintained the comedian couples' marriages.