Gamsung Camping has closed its curtains as it made viewers laugh even till its last episode. An episode of Gamsung Camping aired on the 8th illustrated the last trip concept of New Zealand in Jeju Island. An exciting trip unraveled as Ahn Young Mi, Park Na Rae, Park So Dam, Solar, Son Na Eun, Eun Ji Won, and Song Min Ho secretly gifted each other presents.

The members rode horses and looked around the refreshing pastureland and cypress forests as they enjoyed nature. Furthermore, they enjoyed their dinner of grilled lamb thighs and Jeju’s special seafood. As it was the last trip, the members reminisced on their memories so far and confessed their sincere feelings.

Running for about three months since October, the conceptual camping show Gamsung Camping spread positive energy around the country with various concepts and sensualities every time.

As sky paths were blocked out by the COVID-19 situation, Gamsung Camping made its way to 7 different regions in South Korea with 12 different concepts. They introduced the pleasure of seeing foreign sceneries in a domestic landscape, as the program also introduced the delicious cuisines including local specialties which simultaneously represented foreign countries and regions of South Korea.

While Park Na Rae was new to camping in the first episode, she improved as the episodes progressed. The time to set campsites gradually shortened as each of the members played their part. Park So Dam was in charge of the fire, while Solar was in charge of the sauces for the food. Son Na Eun, the youngest member who could not even touch a raw shrimp at first, drew attention as she became good enough to knock a trout out and chop raw octopus.

As JTBC’s Gamsung Camping satisfied the viewers by stirring a burst of energetic laughter and comforting them when they needed it, the show ended as it left a lingering memory in the viewers’ hearts. 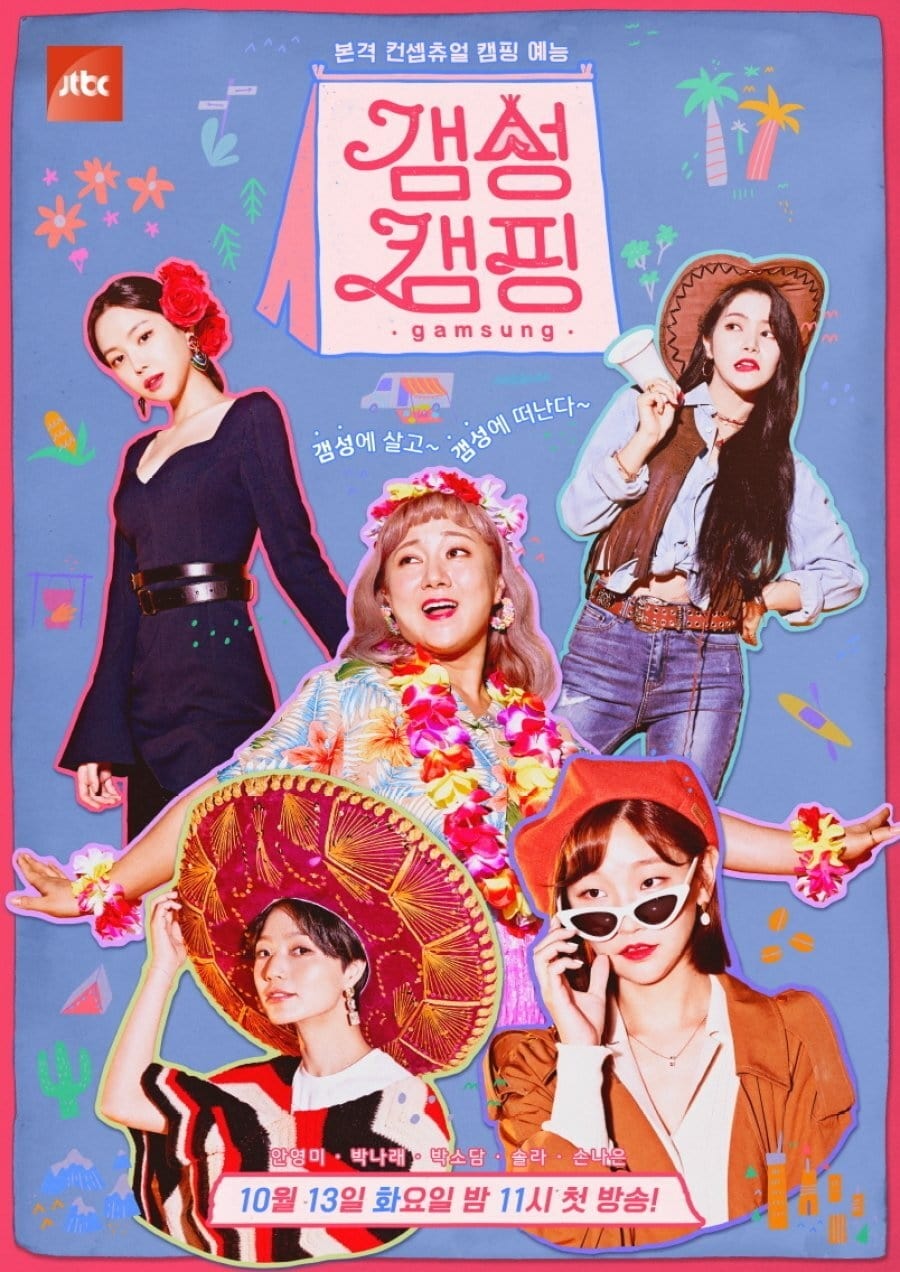