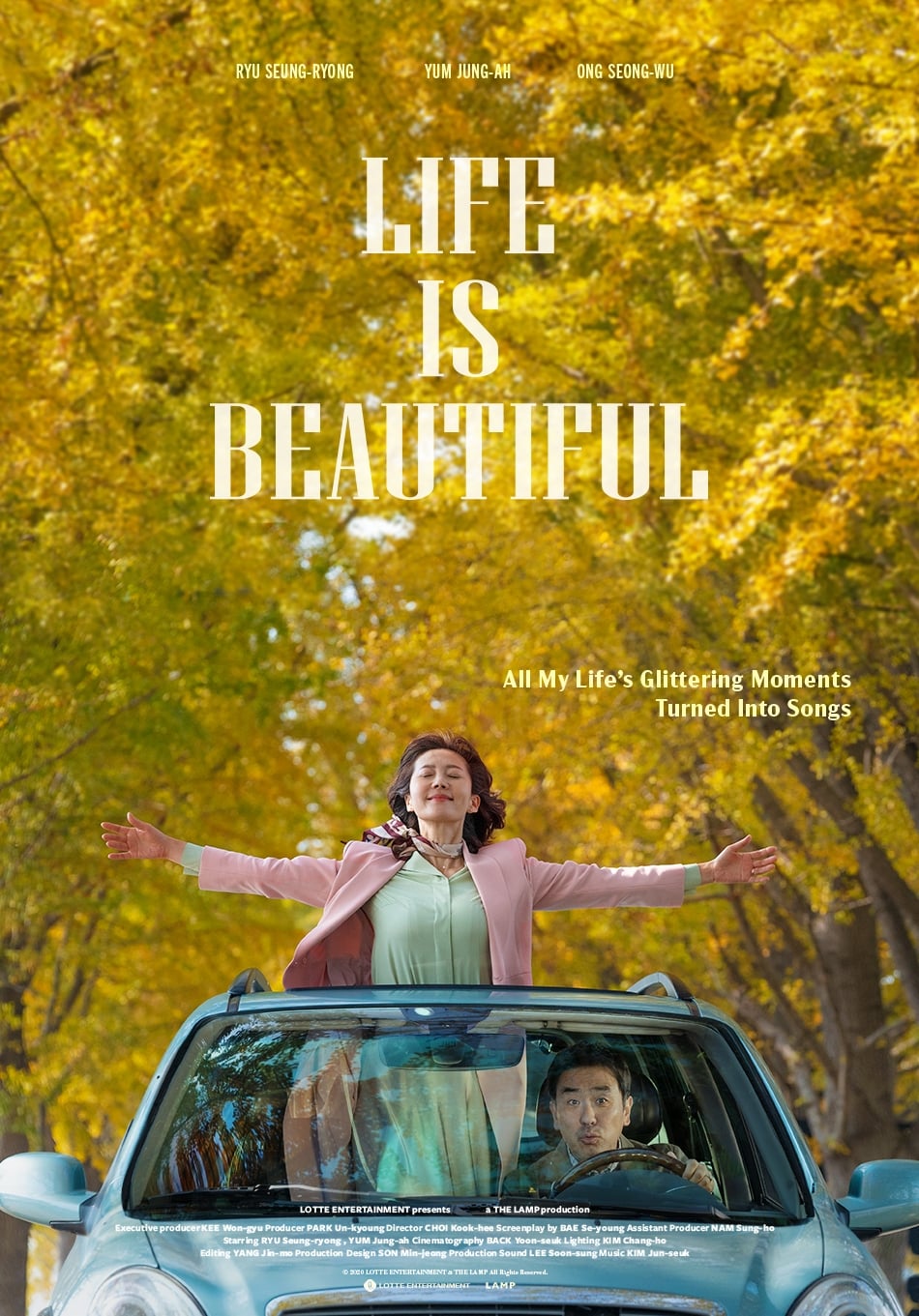 Life Is Beautiful (2020) - 11DB.IO
Suddenly learning she is terminally ill, ‘Se-yeon’ asks her husband, ‘Jin-bong’. the absurd task of helping her find her first love, and he unwillingly joins her search. Along their journey, ‘Se-yeon’ and ‘Jin-bong’ are reminded of the most glittering, beautiful moments of their lives.

On Dec 8, Lotte Entertainment announced, “We have decided to postpone the release of Life is Beautiful, originally scheduled to be unveiled this month. The nationwide spread of the COVID-19 has raised concerns in society, and we decided to postpone it after deep consideration.”

They added, “We will let you know the release schedule again in the future. We ask for understanding from all those who have waited for the release of Life is Beautiful, and we sincerely hope that the situation will improve as soon as possible.”

Life is Beautiful is a film about a wife who asks her husband to find her first love as her last birthday gift and her husband who reluctantly travels around the country to fulfill her request. The fact that this will be Kora’s first retro music film caught the attention.

Previously, the film was scheduled to be released in December, but it was removed from the December release lineup as it announced a delay.