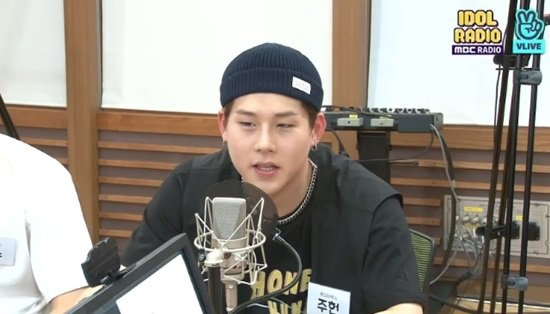 MONSTA X’s Jooheon revealed that he was too nervous to sleep before his performance on King of Mask Singer.

On June 4th, MONSTA X guest starred on MBC’s Idol Radio where Jooheon shared what it was like to perform on the hit show. Jooheon shared, “I was really nervous. I can’t sleep on days like that. I didn’t sleep well.”

Jooheon also sang a part of Lee Jung’s “Look At Me,” and GOT7’s Youngjae commented, “He’s a really good singer.”

When asked if he recommends any of his members to go on King of Mask Singer, Jooheon picked Minhyuk. And Minhyuk responded by saying, “I’ll try it,” and showed off his vocals by singing a song by DAY6.