As we’re soon approaching 2020 and the end of the 2010s, Billboard has decided to look back on the 100 songs that helped define the decade and three K-pop artists were listed including BTS, Psy, and Girls’ Generation on their Billboard’s ‘The 100 Songs that Defined the Decade’. 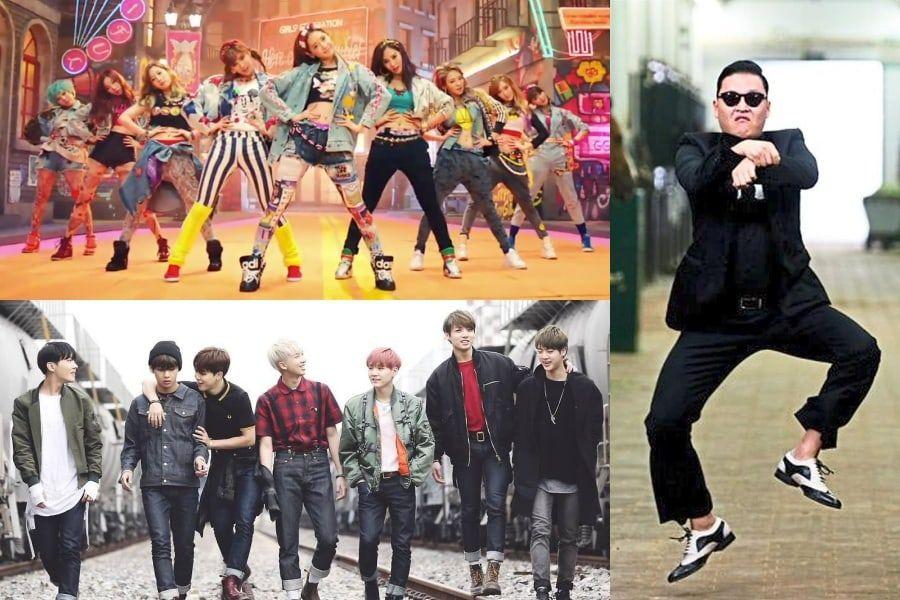 The songs of the three listed K-pop artists that was shown on the list alongside huge hits such as “Let it Go” by Idina Menzel and “Uptown Funk” by Bruno Mars, were “I Need U” by BTS, “I Got a Boy” by Girls’ Generation, and “Gangnam Style” by Psy.

Each K-pop song was chosen to be put on the list for different reasons. BTS’s “I Need U” was chosen due to its phenomenal storytelling and emotional arrangement, Girls’ Generation’s “I Got A Boy” was chosen for its unique use of sounds and genre-bending, and Psy’s “Gangnam Style” was chosen for being not only the first video on YouTube to reach 1 Billion views, but a viral sensation and popular meme culture.

A huge congrats to the three artists!

You can check out BTS, Psy, and more K-pop artists here: https://www.ondemandkorea.com/k-pop/artists