The label revealed that Wonho made the decision of leaving MONSTA X due to the recent controversies surrounding him, involving his alleged debt to Jung Da Run and alleged run-in with the law in his youth. The label also stated that the group will continue on with the remaining 6 members, and that the agency plans to take legal action against malicious rumors from now.

You can read Starship’s full statement and Wonho’s letter to his fans below: 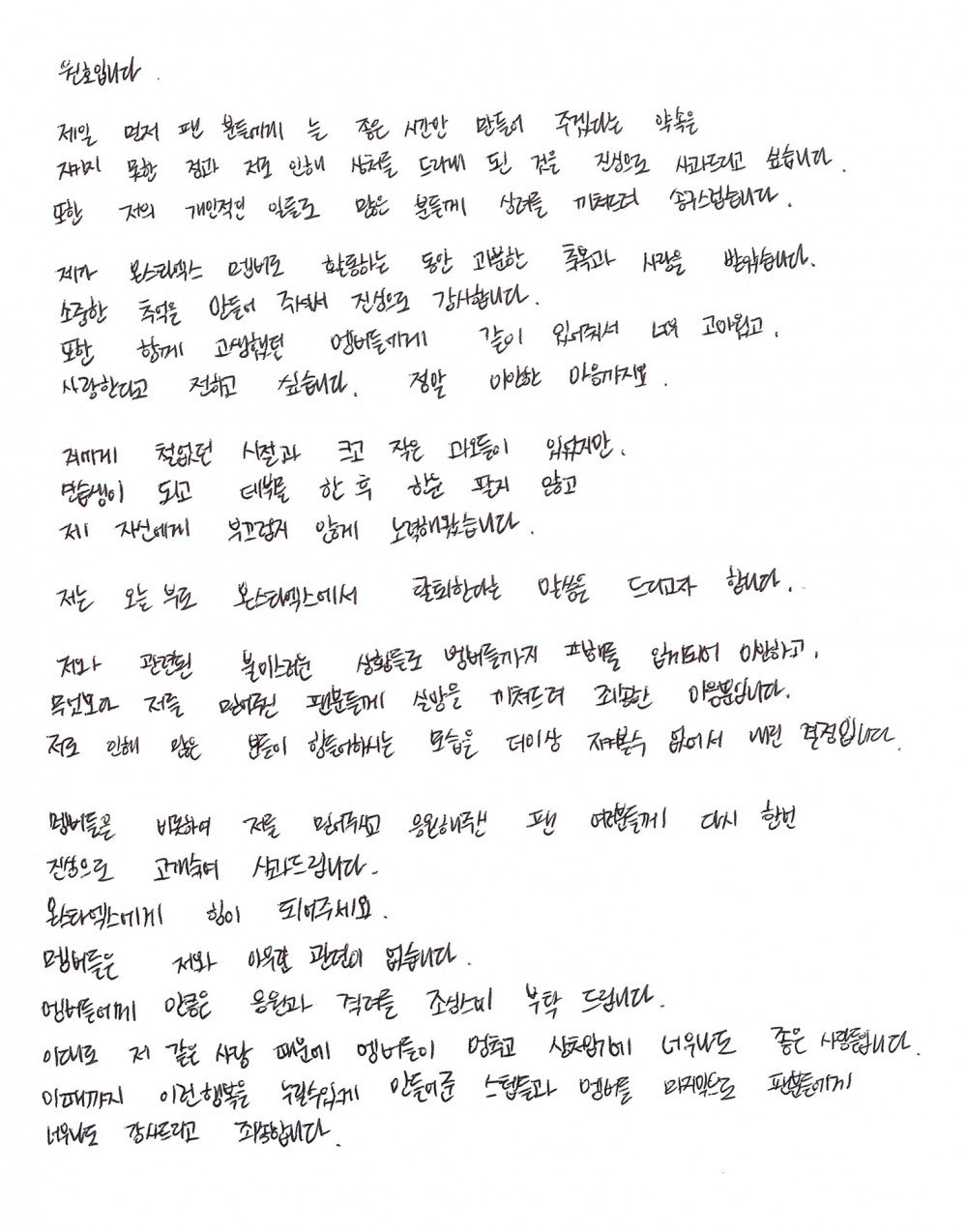